Some if you can lose ski-patrol

Nothing taxing but well maintained

The Alps resort is up near the DMZ (De Militarized Zone) about 5 hours drive North East of Seoul; so close you can almost see North Korea from the summit. The surrounding army bases and numerous military checkpoints give the area a frontier feel. In this remote location not far from Seorak San (South Korea’s version of the Matterhorn), and only 20 minutes from the East Sea (Sea of Japan), Alps Resort claims to receive the largest natural snowfall in South Korea, a whopping yearly average of 200cm. 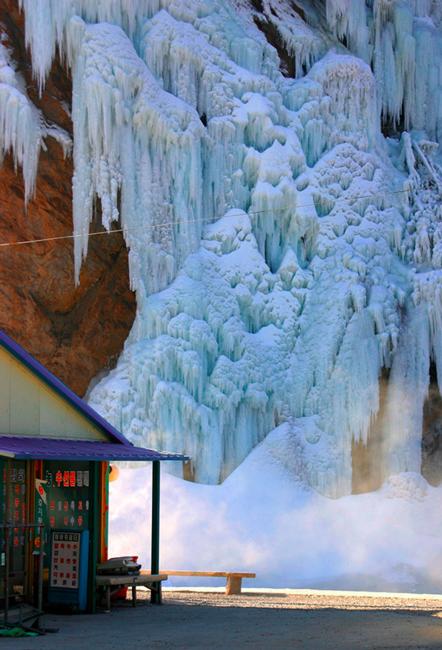 It’s a small resort even by Korean standards. Seven or Eight pistes cut through trees accessed by 5 of the world’s slowest lifts. Four of which don’t open any new terrain that can’t be reached by taking the Champion chair to the summit. 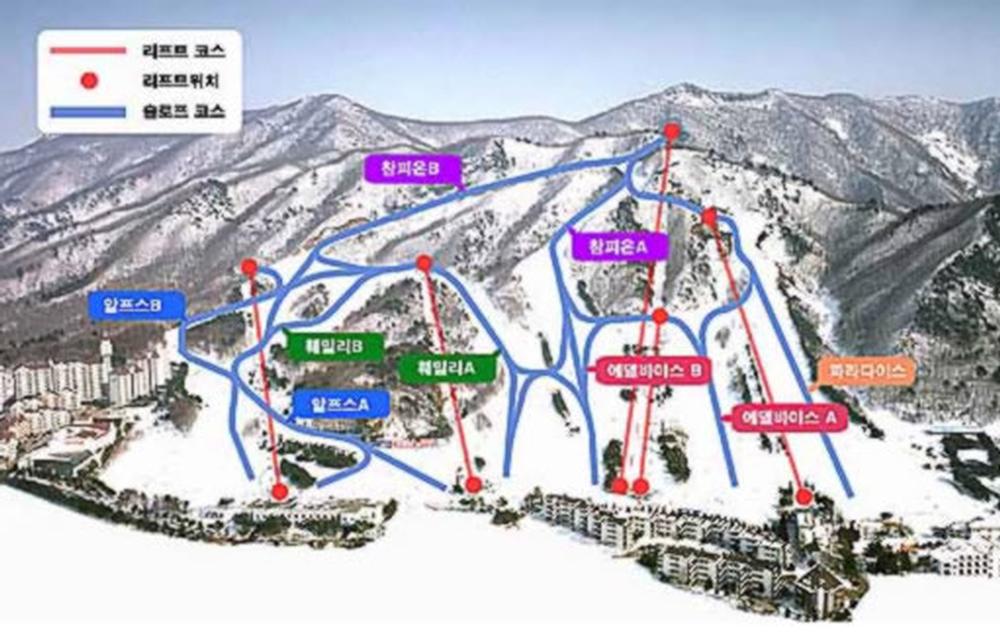