Good small familiy resort but with enough bite to satisfy the more hungry rider. Located near to Ischgl

A few areas to checkout

Not extensive but good 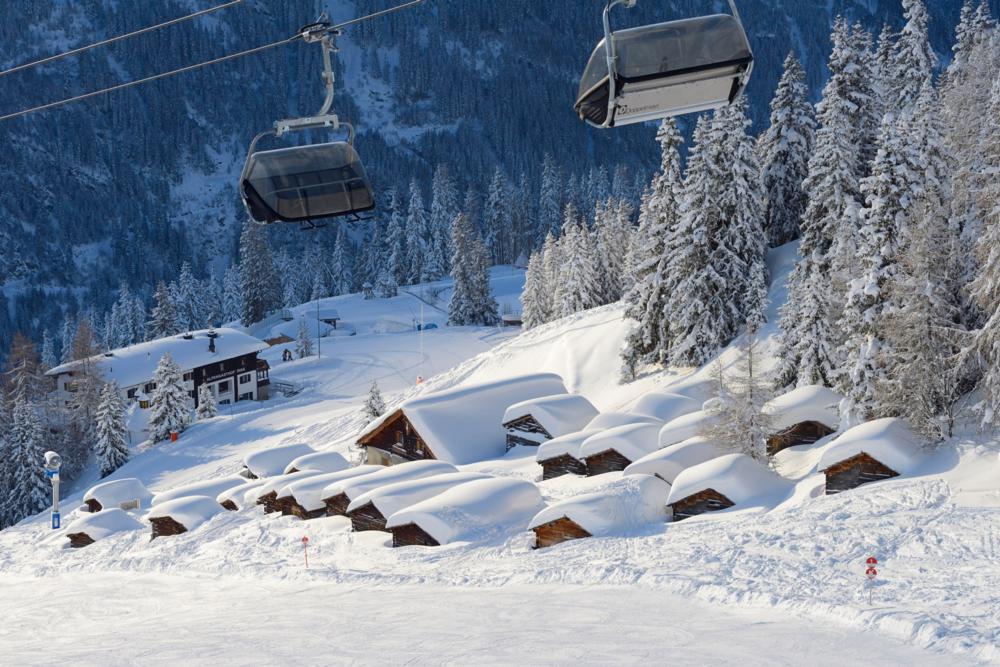 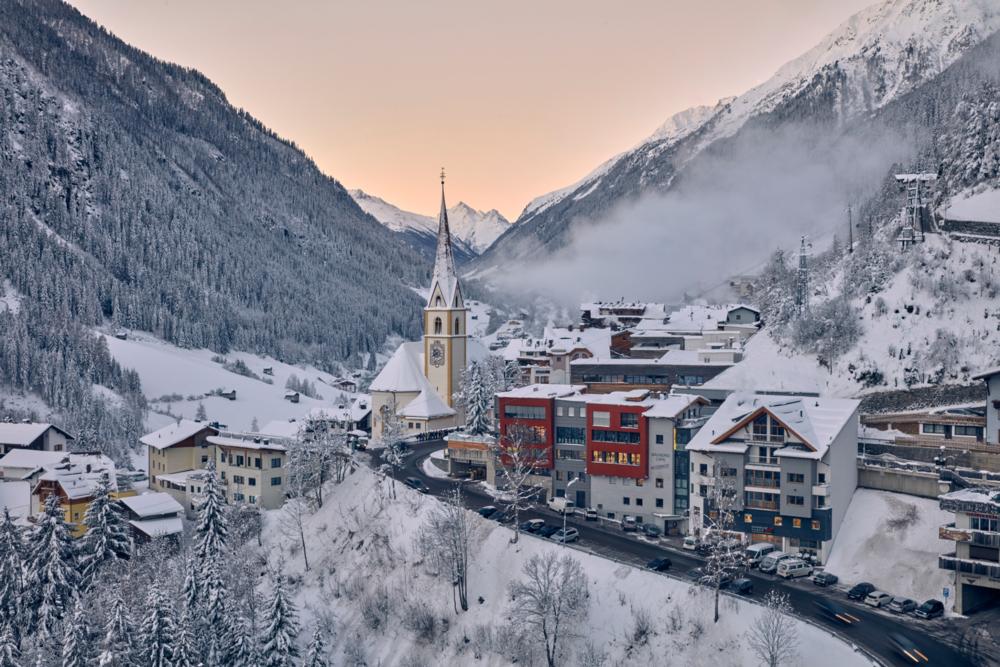 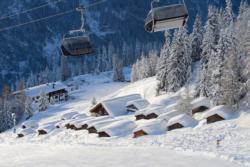 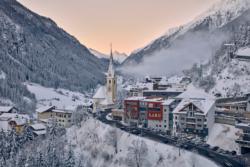 Kappl  is the second resort you hit as you head down the Paznaun Valley towards Ischgl. It has the largest number of residents at 2600 in the valley, but the resort itself is pretty small with only 40km of pistes.

It is very much a family orientated resort and more advanced snowboarders will tire of the place after a few days at most, but it’s worth putting it on your radar for a couple of reasons in addition to the nice beginner and intermediate slopes. Firstly, the obvious off-piste in Ischgl gets tracked out pretty quickly, but you’ve a little more time with the small amount that’s on offer here. Secondly the small terrain park is well laid out and built really well and offers something for all abilities. 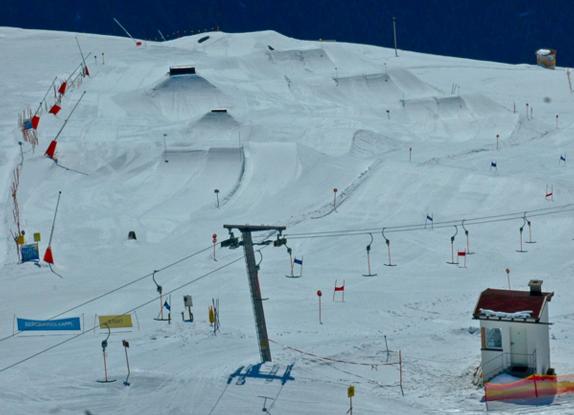 There are 40km of pistes with a good variety from wide, smooth motorway style pistes, to narrow tracks which weave their way through the trees. The majority of the pistes are not particularly testing but there are a few nice steep blacks, and a thigh pumping 8km top to bottom run. 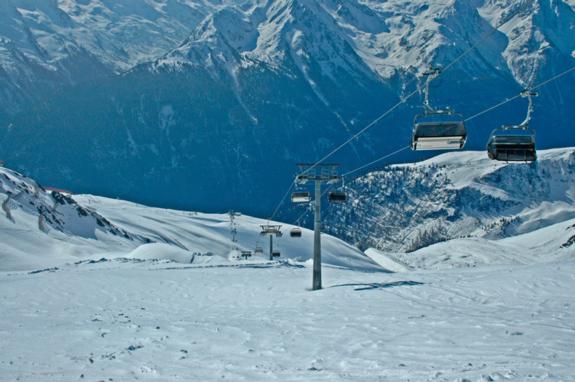 From the top, under the Alblittkopfbahn chairlift
Photo: Steve, WSG

Much of the ski area is south facing and gets plenty of sun, but conditions remain good all season with most of the slopes above 2000m. Your 6-day lift pass at Ischgl will cover you for a day here, and it’s only a 20minute ski bus journey.

Despite its size the village itself is very quiet, especially for Austrian standards, there are a few bars and restaurants and it is a good choice if you want a quiet time, but party people might want to stay 15minutes down the road in Ischgl. 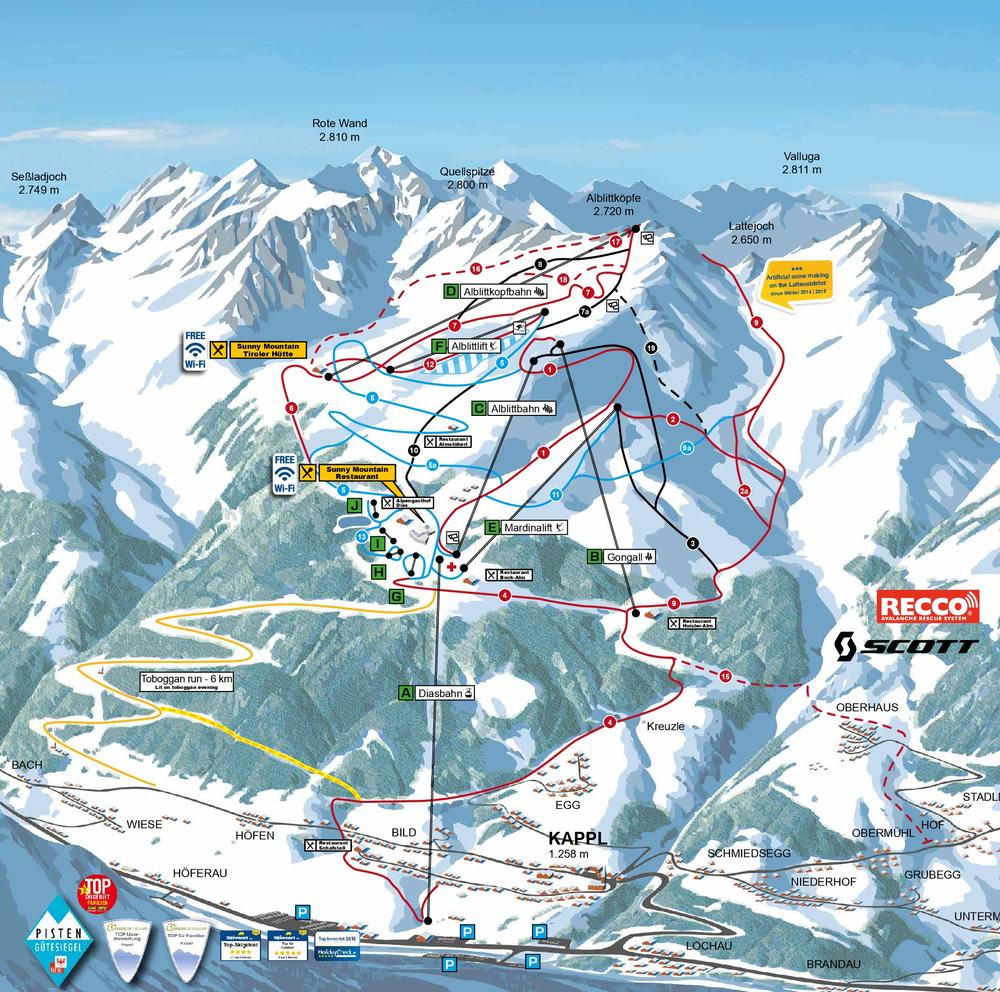 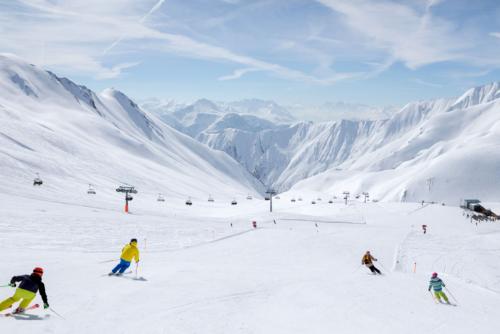 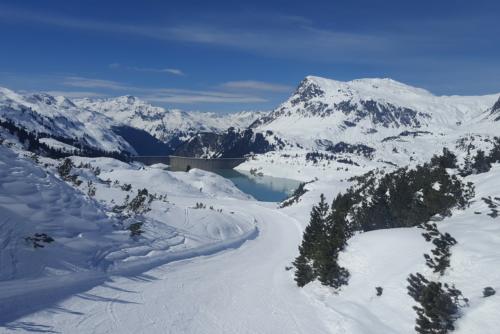 Summary
Chilled out small resort with a little bit of everything... 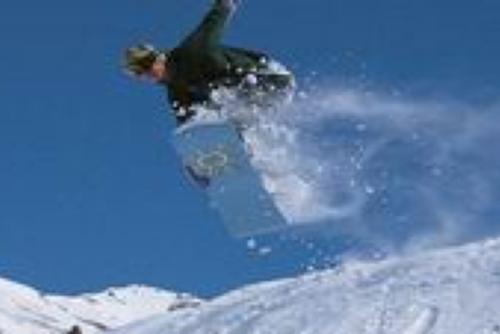 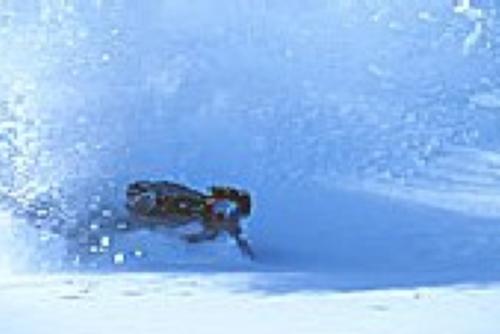