Super sunny resort in the less boozy part of Austria. Lots of good pistes and fun terrain but limited in terms of hardcore freeriding.

You will find terrain for all here but the majority is all on the piste, but there are some really fun off-piste stashes and some organised freeride routes. Areas of note though include the freeride areas of Garnitzen, Start Carnia and Rudnigsattel.

Freestyle wise, the resort won’t get the heart pumping but there are lots of rollers on the piste to fly off. There is a terrain park around La Perla, but it’s a bit half-hearted and features mainly rails, and the halfpipe located on sunny piste 2 rarely seems to get going. 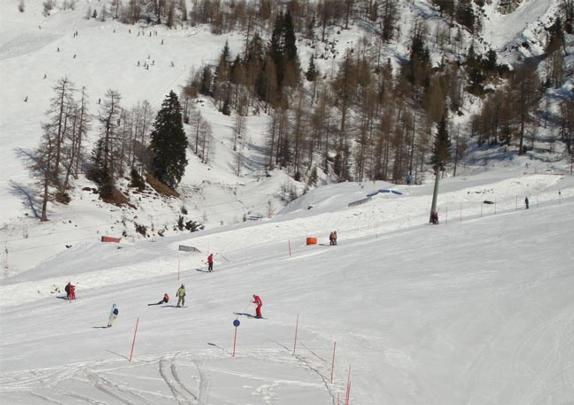 The highest accessible point is 2020m and a lot of the resort has the help in a bad winter from the canons, so snow’s not a real problem. From the Start Carnia there’s a red 7.6 km piste down to the Tropolach area and unlike a lot of long pistes this one is steep all the way and will get the legs burning. Most of the pistes are nice and wide, with very few flat spots but whilst there are plenty of good long runs there is limited really super steep pisted terrain.

The best area for complete beginners is by the New Technology Centre, Tressdorferalem, which is also the best spot for kids. But unless you’re staying at the Cube is a right pain to get to as you need to descend a red. But there are other areas to take those early falls. 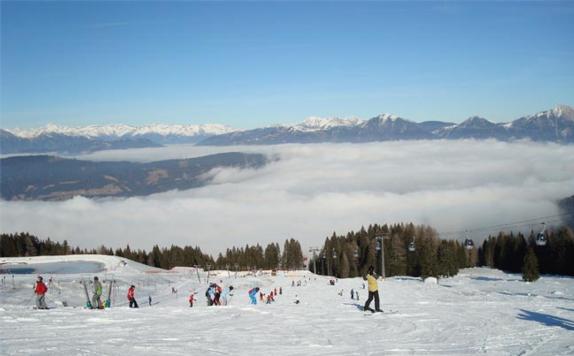