Le Massif is an unassuming and rather un-adventurous small mountain resort that lies just 45 minutes north of Quebec City. In recent years the resort has undergone a number of major re-developments spending in excess of 25 million dollars on facilities that will greatly improve not only the number and type of mountain runs, but also access to the resort and local facilities.

You can now travel from Quebec City along route 138 to the top of the slopes, as well as the base. What you will find on your arrival is a mountain that offers most grades something to try out although it has to be said that a week here would become very boring after a few days. Still the resort can now boast up to 30 marked out trails which are tree lined up to the summit which is also the location of the new Day Lodge.

All 30 runs are serviced by just 5 lifts including a new fast quad chair, which Le Massif boasts at being the longest high speed chair lift in Quebec Province. And that's not the only boast they make around here, as they also claim to have the most extensive snowmaking facilities on the east coast. What ever the legitimacy of such claims, Le Massif can claim to be an okay place to ride if you are a total beginner or basic intermediate rider. 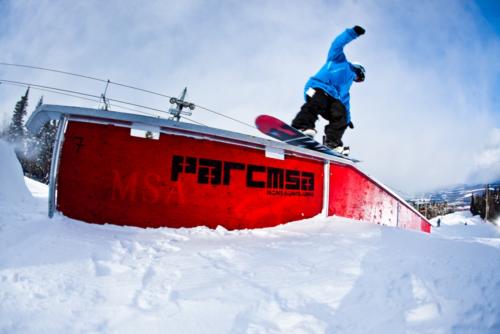