We headed out to Finland in February we decided to test out a pair of Lenz heated mitts, with temperatures hovering around -20 some days we wanted something practical that would keep our fingers warm in the coldest of conditions. Looking around the web we discovered that there was range of Lenz products that claimed to do just this.

Getting the Lenz Gloves in the post you could tell we were getting out hands on some serious kit, a hard luggage case surrounds the gloves so the internal working should survive even the toughest of journeys. Opening the case up we found a multitude of charges and adapters to cope with any country you might find yourself sliding through. Getting them out and charging them pre trip took about 5 hours which is not too bad given the claims that they would last a week on the slopes on a medium setting. Trying the gloves on we were impressed with the high quality leather palms, overall comfort and tough build. They were super warm as normal gloves but the addition of they also have three heat settings low, medium and high that can be operated by a push button really intrigued us. 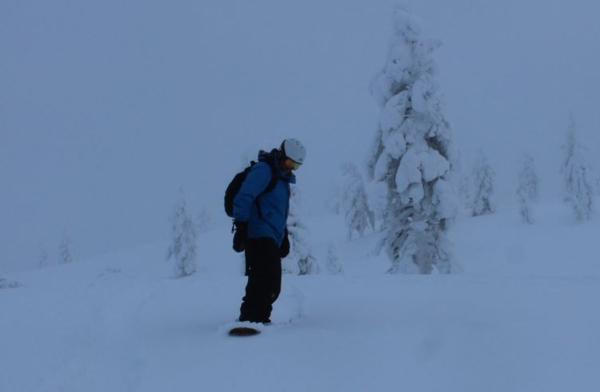 Having all this technology at hand was all well and good stood in the chalet but we need to know how this would stand up in practise. Particularly we needed to know how  the technology and the battery would stand up to a week of abuse in freezing Arctic conditions.
Our first test was to use the gloves on a general day on the slopes. Given a temperature of around -12 through the day we thought they coped really well, the medium heat setting kept our hand nice and toasty and at no point did we get cold. When the wind raised up on the chairlift we would normally be feeling the cold however a quick switch to high heat made our hands really warm, continued usage as this heat may even be too warm for some but to have the option there is a bonus. Another real test for snowboarders was how easy the bindings would be to fasten with these mitts rather than gloves we can safely say the gloves stayed on throughout the day and fastening bindings was no issue at all. Given how cold and dark it can get in Finland in February we were really impressed with how the kit had performed at this stage. 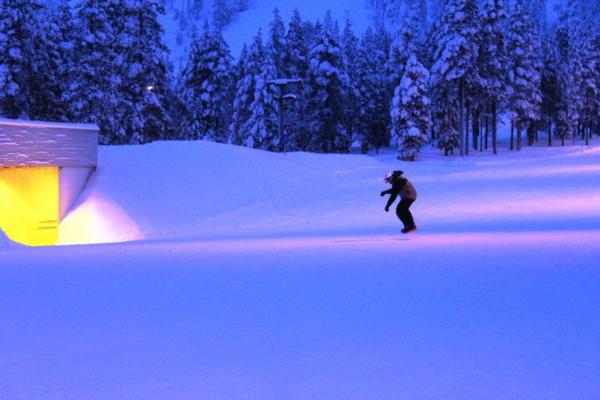 The second test we put the gloves through was to wear them on a 3 hour evening snowmobile safari through the remote arctic forests of Pyha in Finland. Given temperatures of around -20 and some frequent stops throughout the trip we were looking for something that could really keep out the cold.  Driving at around 50mph round the forest we can safely say our hands never got cold even on the medium setting, when we stopped throughout the tour the high setting really came in advantage as we were stood around listening to our guide.  Battery wise we charged the gloves only on the 5th night of the week and the supplied European charges worked a treat.  I thought this was pretty good given some heavy usage on the slopes, in the evenings and some pro longed usage in the backcountry where the gloves were on for long periods. 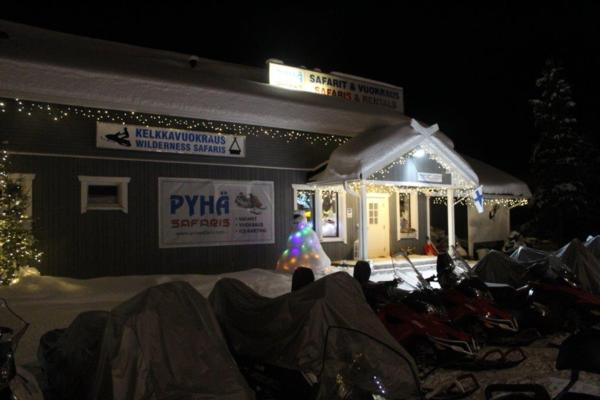 Overall we were really impressed with the Lenz Gloves firstly they had no issues dealing with the sharp edges of a snowboard they were clearly made of very tough material that we could see lasting many winters. They coped well with at all temperatures and in all conditions and the battery life was more than acceptable. Having tried the glove for a full week their is no chance I would hurry back to unheated gloves but for everyday riders these are probably a luxury item that would be nice to have. Bearing this in mind we think the gloves would be a great investment for those riding the coldest months of the season, back country riders or those hitting some of the coldest regions around the world. This is where they will really come into there own.
The heated gloves start at 299 euros and are just one of the heated products Lenz supply to learn more about the gloves we tested click here. For the full range of Lenz product visit the product page here. 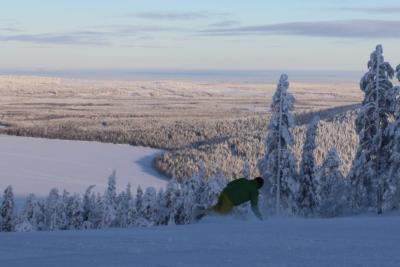 A snow sure resort with plenty of powder opportunities and pistes for all levels!