New Zealand's ski season kicked into gear this weekend with huge snowfalls that have led to the best conditions in living memory!

At Cardrona the opening day was described as ‘Phenomenal’ Cardrona kicked off opening day on Saturday, 22 June, with phenomenal snow conditions that were described by some as “the best opening conditions in the ski area’s history!”   Skiers and snowboarders of all ages and skill levels arrived early Saturday morning, eager to catch the first chairlift. Wanaka family, Karen, Finley, Campbell Melville-Ives and Neil Ives were first in line for their second consecutive season.   The promise of fresh powder snow brought more than 1300 excited guests to the mountain.
“This is certainly one of the best opening day’s we’ve ever had”, said Cardrona sales & marketing manager Nadia Ellis.   “80cm of fresh powder fell over the last three days so the snow was nothing short of exquisite today; the smiles on people’s faces say it all.”
Cardrona experienced a steady downfall of snow in the week leading up to opening with a total of 120cm falling in seven days.    Blizzard conditions and heavy snow forced Cardrona to delay its scheduled opening by 24 hours.
The operations team worked hard through the night carrying out avalanche control work and digging out the lifts, Terrain Park and buildings.   “Thanks to a mammoth effort by the operations team we were able to open the learner conveyors, McDougall’s Quad and the Whitestar Express today,” said services manager Bridget Legnavsky.  Additional terrain and facilities will open as conditions allow.   Cardrona has recorded a 65cm base at the bottom of the mountain, and 125cm base at the top of the mountain.
The Remarkables
Ski season got underway with well over a metre of snow on its slopes and all chairlifts open and operating. Thanks to the cold snap that has swept New Zealand, conditions were described as “simply epic” as around 1500 skiers and boarders hit the snow from 9am this morning.
Snow was lightly falling throughout the morning to add to an upper base of 110cm and 75cm at the base building.
Children from Remarkables Primary School were among the first on the Alta lift and in line to received highly-coveted ‘First On The Lift’ T-shirts, where skiers and boarders were welcomed by ski field staff and celebrated with a glass of Amisfield Winery bubbles.
However just as many locals and ‘those in the know’ were queueing at the Shadow Basin chairlift to access chutes, steeps and the legendary Homeward run.
The Remarkables Ski Area Manager Ross Lawrence said local snow lovers and visitors in town for the American Express Queenstown Winter Festival had been “champing at the bit” to get up to the slopes as the buzz grew about conditions.
“For the first time in a few years, we’ve got Homeward Run, the terrain park and TRIC big park features open and operating all from Day One, so no surprise then that we’ve got lots of happy people up here."
Mt Hutt
Elsewhere at Mt Hutt the snow had fallen so heavily that they had to shut to make everywhere safe! 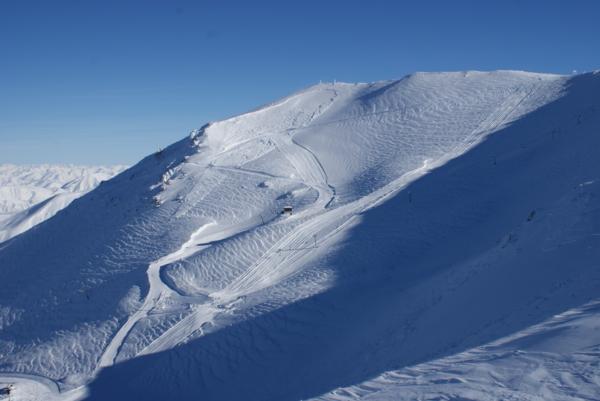 A very tired Mt Hutt crew are looking forward to a good night’s sleep before welcoming skiers and boarders back onto the slopes tomorrow
Conditions are expected to be “as good as it gets” with a snow base of over three metres across the mountain and all main trails groomed for opening. Ski Patrol has made the slopes within the ski area safe, but outside the ski area boundary there’s still “considerable danger” of uncontrolled avalanches.
Coronet Peak
As well as the daytime opening  Coronet Peak is getting the slopes ready for 'Night Skiing'. Which will be available form June 28th
Night Skiing is an absolute “must do” while in Queenstown.
Operating for over twenty years, it's a true favourite with locals and visitors, providing a unique evening's entertainment and a memorable snow experience. The M1, Shirtfront, Big Easy trails and a Magic Carpet are fully flood-lit from top to bottom, catering to every level of ability. Ski or board under the stars sparkling and look down at the lights of Queenstown below - it's simply magical!
The restaurant and bar are open until 9pm serving a fantastic range of hot meals as well as a warming glass of mulled wine or hot chocolate.
Keep uptodate on all of the developments through the season on the WSG website! 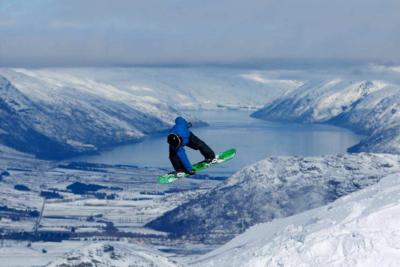 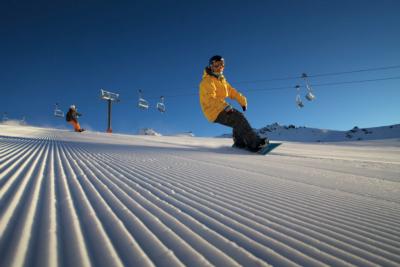 Okay all round resort

The pick of the Northern hemisphere countries with a great selection or regular resorts, club fields and some heli opportunities. They know how to build decent parks, but chances are you're not going to be waist deep in pow very often. 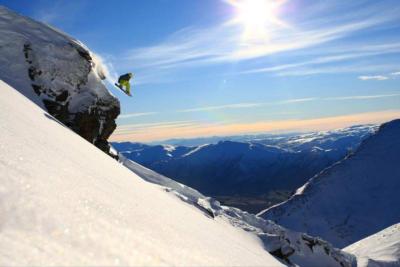