Record season at CairnGorm finally comes to an end

More than 60 people took to the slopes at CairnGorm Mountain on the summer solstice on Monday 21st June 2010 to enjoy some midsummer skiing on the snow still lying there in the Ptarmigan bowl. They were able to take advantage of the two rope tows which had been set up there by the resort’s operators CairnGorm Mountain Ltd. Skiers had travelled from as far away as the Isle of Mull in order to be able to say that they had skied at midsummer at CairnGorm.

This was the 147th day of skiing at CairnGorm since the season started on 28 November 2009 and brings to 145,007 the total number of skier days at the resort in what by any account has been an extraordinary season. Last year 65,000 skiers visited the resort and only three years ago they had their worst season ever with only 38,000 skiers. There were 23 days when skiing was not possible due to high winds or blocked access.

CairnGorm Mountain chief executive Ian Whitaker commented:
‘Our idea of a good winter is most people’s idea of a bad winter and the prolonged and heavy snowfall in many parts of the country was good news for us, focusing public attention on snow and heightening public awareness throughout the UK of the skiing which can be enjoyed at Scotland’s five ski resorts. The local economy has also seen considerable benefits from so many skiing visitors coming to the area.

‘Being able to provide mechanized uplift for skiing at midsummer has created a grand finale to this season. Some of our more intrepid skiers have walked up the hill in previous years to find patches of snow on which to ski during the summer, but this is the first time in living memory that we have skied with the benefit of mechanized uplift at CairnGorm at midsummer and our customers have relished that opportunity.

‘Although this is a year-round business, many of our summer visitors have been enquiring about the winter here and we have responded by mounting The Big Freeze exhibition of staff photographs taken during the winter as a visual record of what it was like. This will be on display throughout the summer.

‘However such a prolonged winter with heavy usage of all our uplift means a busy summer for maintenance and work has already started on an extensive programme of maintenance to tows, snow fencing and piste-bashing machines. Staff and machinery worked for many more hours than in an average year to keep the facilities open and running.

‘We are now looking forward to a busy summer with visitors coming to ride the funicular, take in the views, visit the camera obscura, walk and visit The Big Freeze of course.’ 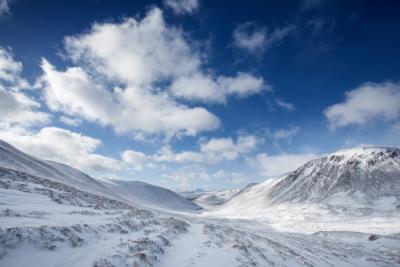