Fast and easy access to the Portes du Soleil

Hit the Swiss Wall on a powder day

Hit the Superpark or head to Avoriaz

Champery is a typical Swiss resort that forms part of the massive Portes Du Soleil Area, which boasts a linked lift area of over 400 miles. Based in a preserved and beautiful area in the heart of the Alps, Champery is authentically Swiss with its classic architecture and structures; some of the Chalets being more than a century old. It's a village full of character. Yet at the same time Champery offers modern touches: fresh nightlife, entertainment, good infrastructures and equipment. Local services are very good. 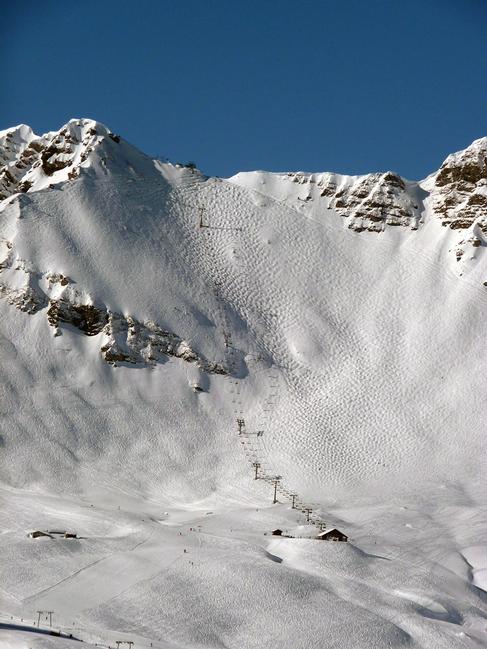 Once you get onto the hill, Champery, listed as having its own 62 miles of terrain, quickly merges with Les Crosets. In fact it's difficult to know where the boundaries between the two resorts lie, although it doesn't matter. They share the same snow park and night boarding evenings. However, even though Champery isn't directly next to the slopes, as Les Crosets is, most will likely find it a more attractive village than Les Crosets because it's got more going on.

Summary
Small, quiet and you need a bus. But it is...
Top Freestyle

Summary
Quiet village with some pretty decent terrain, but a bit...
Top Pistes

Summary
Good for families or a piste-ticking boarder, with its quiet...