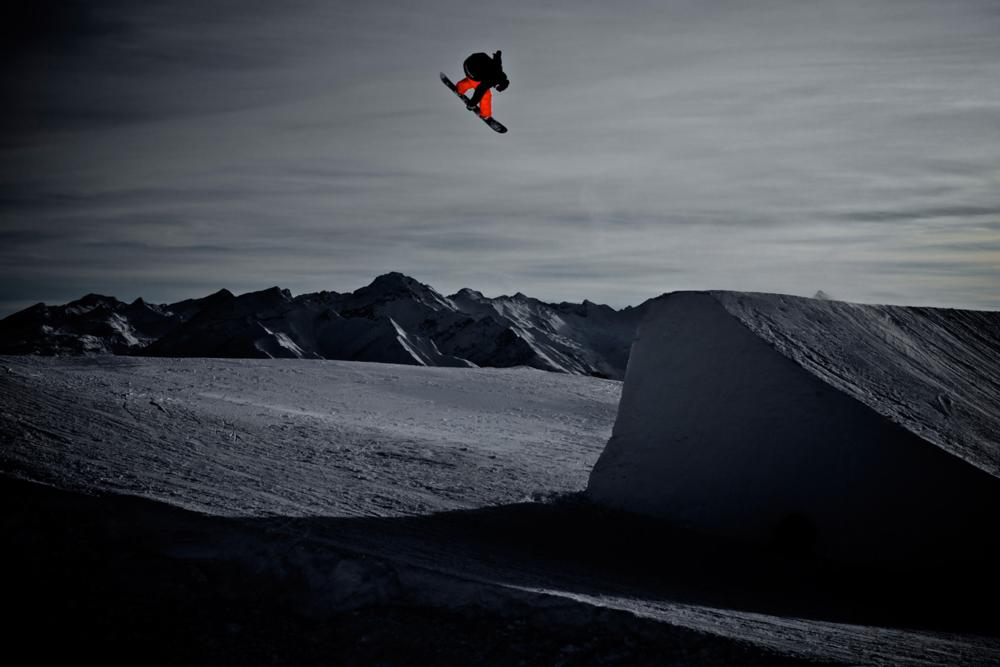 Off the slopes. Both the villages of Laax and Flims (which are 10 minutes apart by road) sit at different levels and are spread out but offer a host of good local facilities that will make a week’s stay well worth the effort. Mind you, neither come cheaply and a week will burn a big hole in your wallet. Laax has a host of attractions from squash courts to an outdoor ice rink but is more spread out than Flims. Forget about heading to Falera unless you’re a hermit. 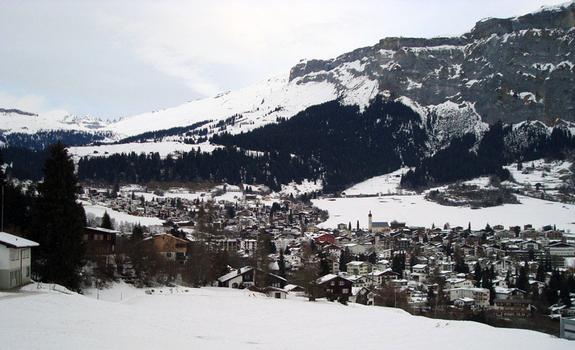 Food is much the same as in any other high mountain retreat, that is lots of hotel restaurants all serving up generally bland, traditional Swiss meals at very high prices.

In Flims there are a few notable places to get a good meal including the odd pizza, try the Pomodoro and La Dolcha Vita in Flims, and there's a pretty decent Kebab shop open till 2am, which you'll find halfway between Flims Dorf and Flims Waldhaus. The bakery just down from the main lifts in Flims opens easily in time for the first lift and around the time the last night-club closes.

Over in Laax, the Rocks Resort offers some decent options. The Nooba (www.nooba.ch) serves some excellent Noddle/Curry dishes and is highly recommended, but you'll need to book a table during busy weeks. If you've won the lottery head to the Mulania or the Grandis, otherwise the Burgar Bar is pretty good.

If you're self catering then there is a small supermarket tucked away in the old development at the Laax base (along with the only cashpoint) , and the Co-op in the garage on the laax roundabout opens late.

Accommodation. Some 6000 visitors are offered somewhere to sleep here, and although the choice of lodging and the prices are good, most places are a little spread out and for most, may entail a walk to the slopes. The trendy and well located Riders Palace near to Murschetg in Laax, (www.riderspalace.ch) has 5 bunk dorms at 70CHF per night (based on a week, peak season) or you can pay triple that for a room with a plasma TV and a playstation. They often do special packages including lift passes.

Self catering options are available in the new Rocks Resort (www.rocksresort.com) directly at the bottom of the slopes in Laax. A 4-bed budget apartment will cost anywhere between 800-2500CHF for a week, with more luxurious options available.

Capricorn (www.caprilounge.ch) also has a good reputation for offering good value and a good vibe. Sharing a dorm room will cost 25CHF a night, and even a top end double with a private bathroom will still give you change out of CHF50 per person. They even have a bar that’s open till 1am. It’s just off the main road towards Laax, get off at the Laax-Marcau bus stop.

It’s possible to stay on mountain in the 130 bed Crap Sogn Gion Mountain Hostel but you’ll usually need to book we in advance. The tourist information often have special deals for accommodation and lift passes so check with them or on the main website www.laax.com

Night-life in either Laax or Flims is okay and fairly well suited to snowboard lifestyle (apart form the cost of a beer – approx 7CHF). Nothing here is of mega status but the bars on offer are good for getting messy in while listening to some good tunes.

The Laax Murschetg base has been revitalised with the building of the new Rocks Resort. The iconic Crap Bar at the foot of the slopes is still there in name only, but there's also new bars such as Il Pup and the Indy Bar to choose from. It's a shame the Austrian style Wawa yellow umbrella bar, which pumped out the euro-tunes has gone. 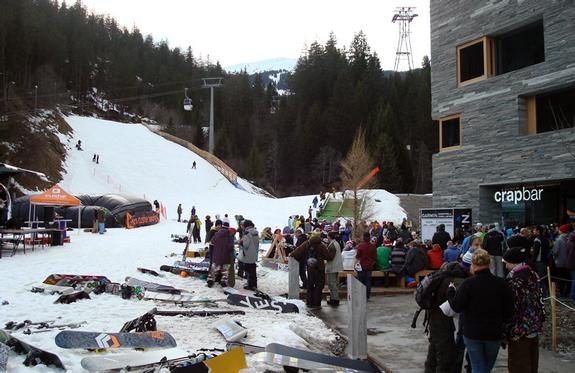 The Crap Bar at the base in Laax
Photo: Steve, WSG

The Riders palace in Laax has a bar that’s open till 4am and they always have some boarding films showing on the big screen. There’s a huge club underneath that’s lively when the big stars are out. Around the Murschetg area is also the Casa Veglia nightclub that’s open till the early hours.

In Flims, the Arena bar is a good hangout with a lively club underneath, but by far the best bar is the Living Room providing you can find it. You’ll find it just behind the opposite side of the road from the Shell garage on the main street. Large open fire, cool tunes and friendly staff make it the place to chill after a hard days graft on the slopes; and there’s free wireless internet provided you buy a drink. 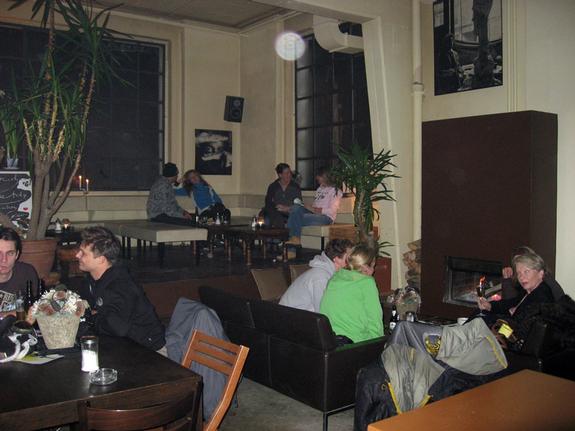 There’s a good micro-brewery in Flims- Waldhaus called the Surselva (www.surselva-bier.ch), near the bus station and next to Hotel Arvenhotel.

There’s an underground nightclub open till 6am in Flims W