Come on, you're in Vegas man

Trees but no decent off-piste 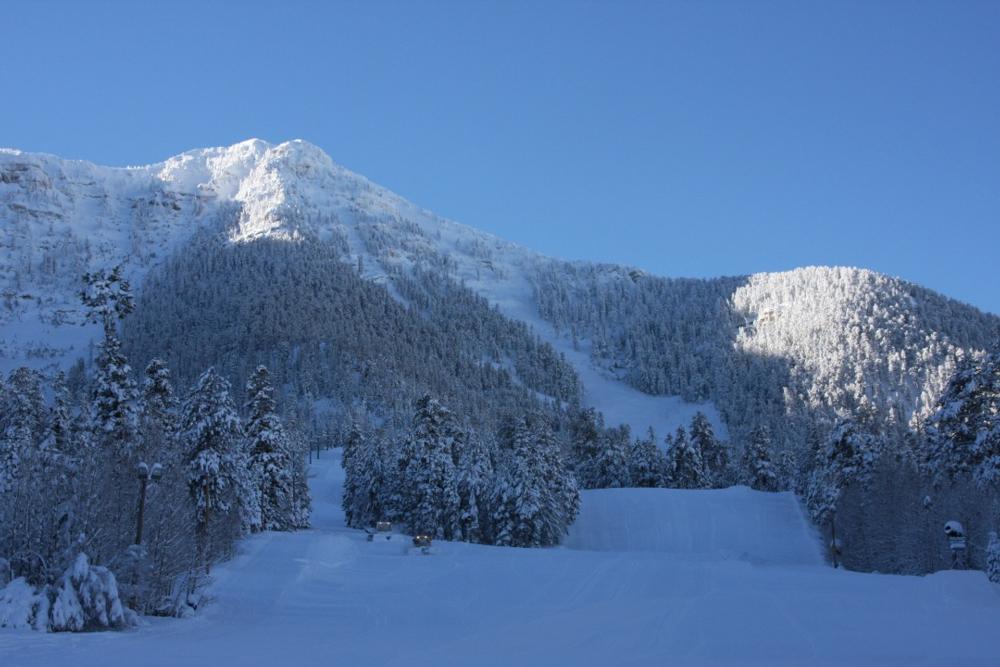 Not many people will know this or indeed will believe it, but yes it’s true, it’s a fact, it exists: a snow-capped mountain to ski and ride on just outside the world’s gambling heaven Las Vegas. Lee Canyon is a tiny resort only 45 miles from the Las Vegas Strip. To give some perspective, its total 40 acres are about half the area of Mammoths terrain parks. It is weird to drive up from the heat of the desert to arrive in just 20 minutes at altitude with snowdrifts all around. The mountains get regular snow throughout the winter with an average of 3m a year, The resort can also cover 60% of the slopes with artificial snow should the real stuff be lacking. Set at 8500ft in the Spring Mountains to the north west of Las Vegas, what you actually get is a slope area offering a respectable 1000ft of vertical drop. There are three slow chairlifts, one on the nursery slopes accessing a total of 10 trails, one of them dotted with ramps and kickers (plus a sign that says “No aerial flips allowed” (most people seemed to ignore it!).

All standards from beginner to snowgod would find something here to keep them amused for a while - if only an afternoon or two. What’s more, this place never gets too crowded. The car park often seems full yet the slopes never seem to number more than 50 people at a time. At the slopes you can get full snowboard hire but like most hire kit the quality varies - getting there early gets you better equipment. There is also a shop, bar and cafe for your standard burger hit. 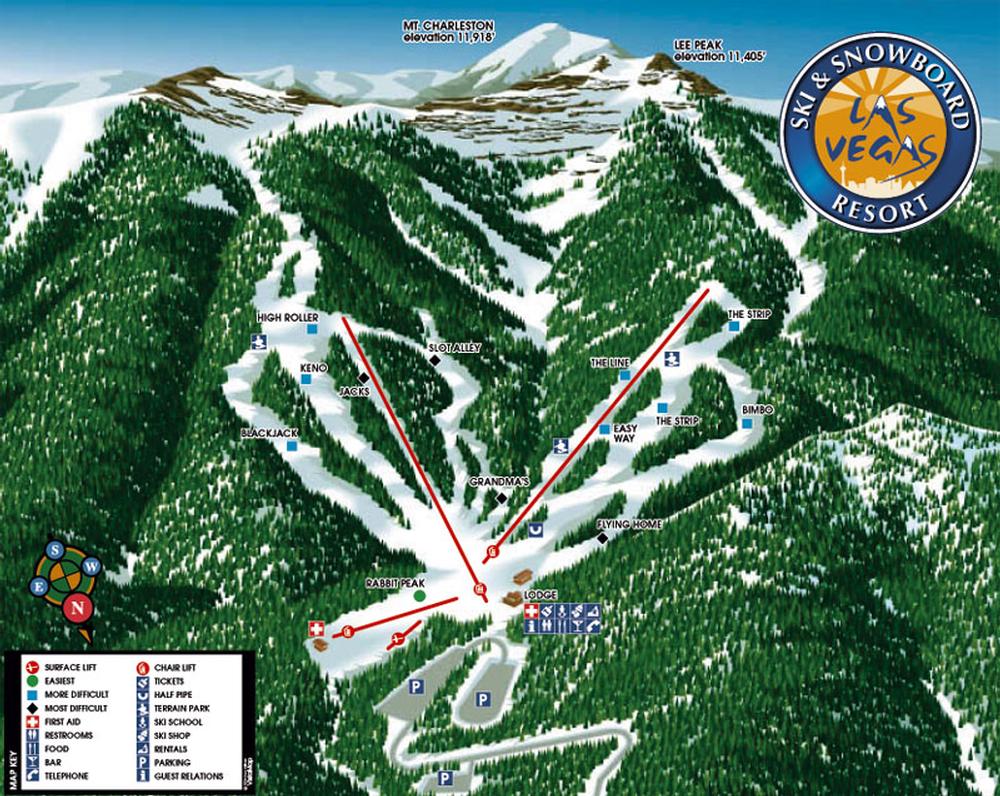