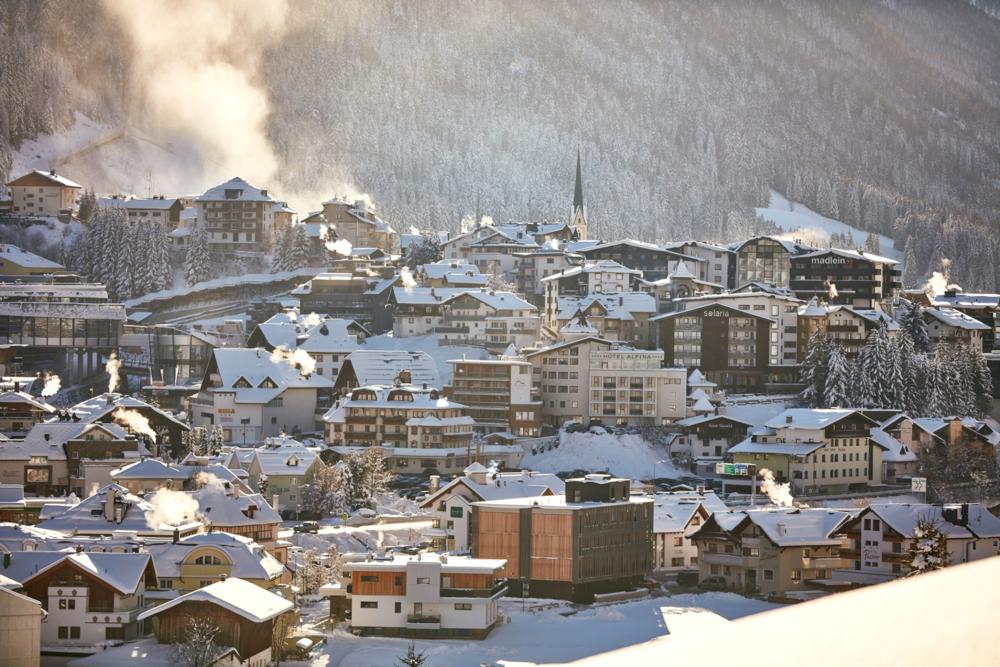 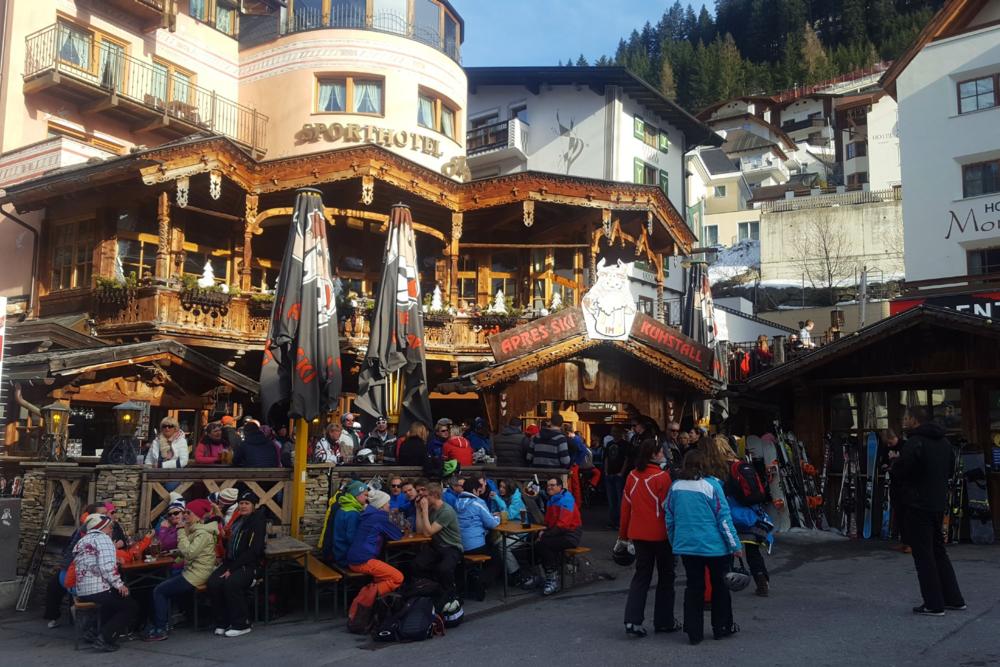 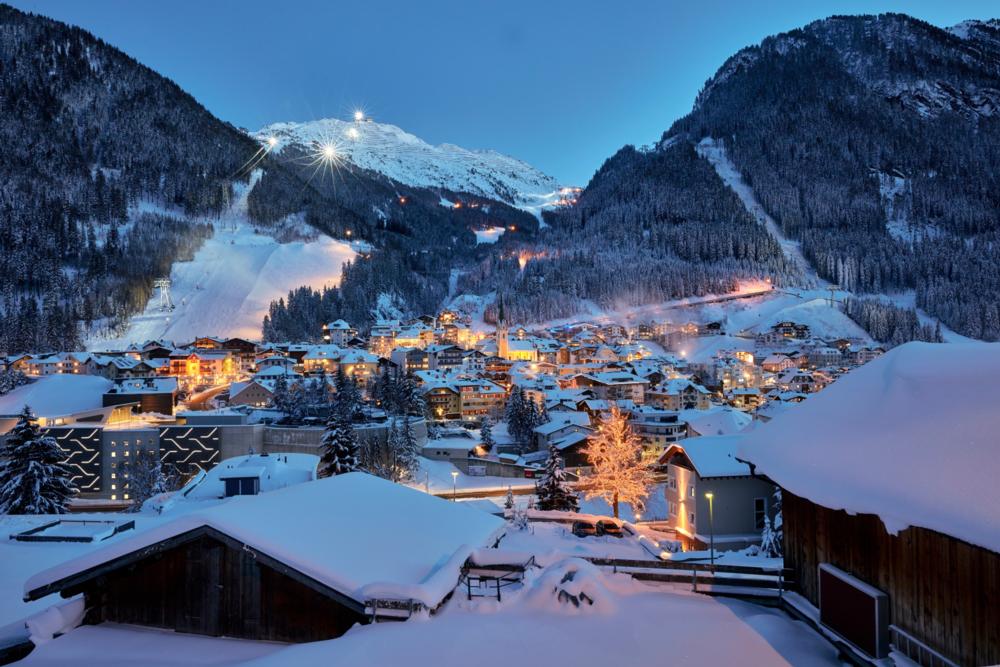 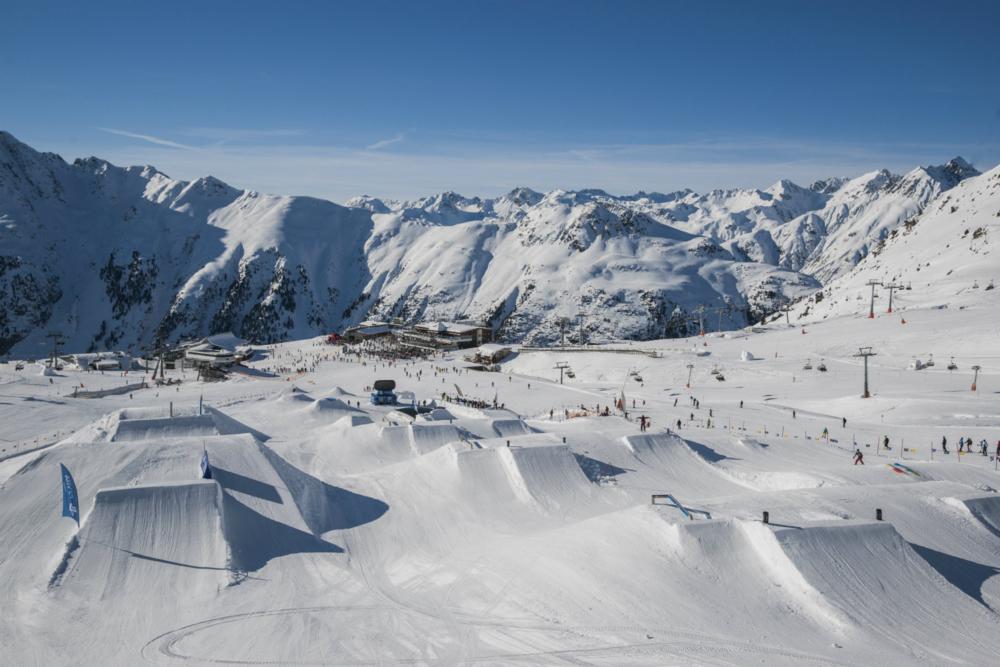 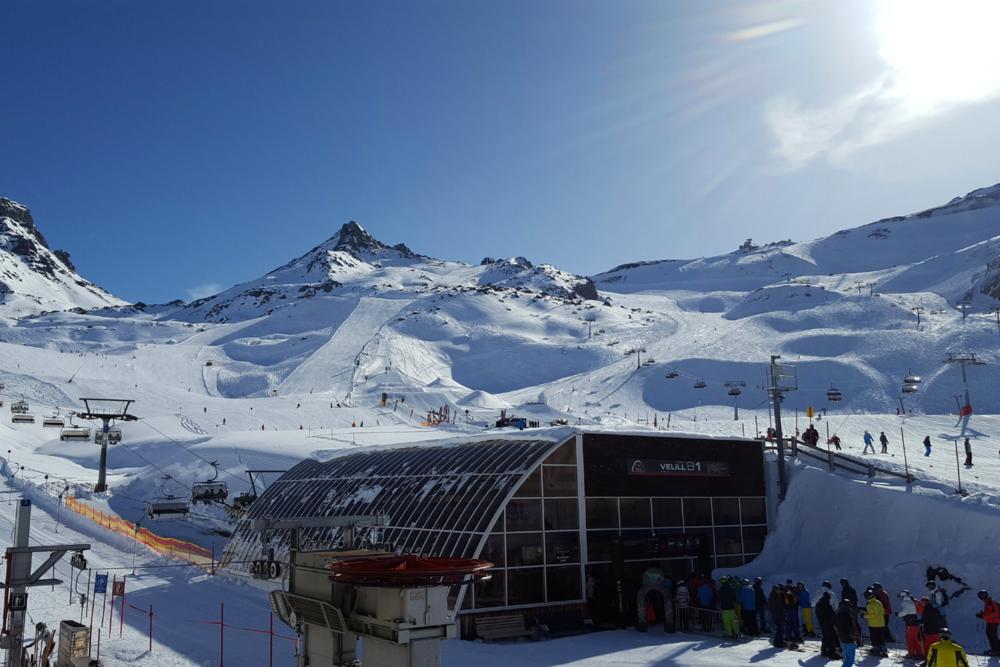 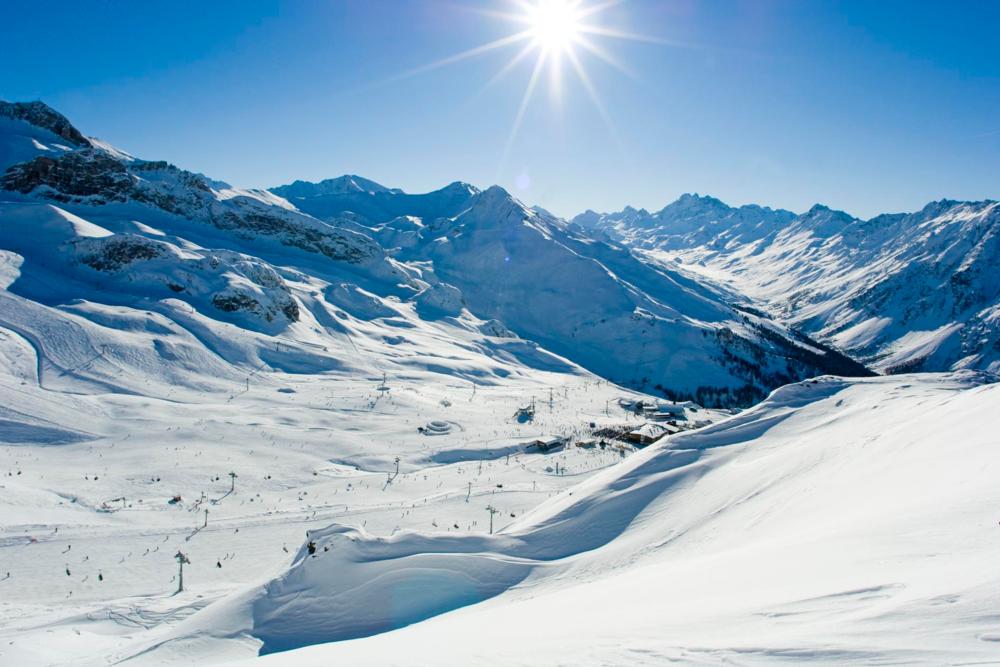 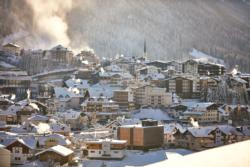 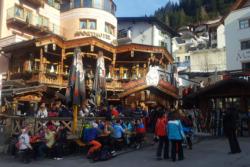 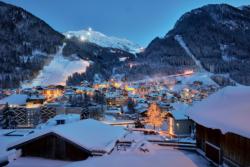 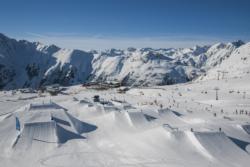 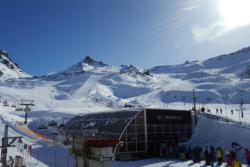 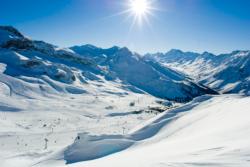 Ischgl is a modern resort, rather than an old traditional Austrian hamlet. You can walk from one end to the other in 20minutes. Most of the bars, shops and restaurants are along or just off the main street which runs all the way through the village. Use the Dorftunnel travellator tunnel to move between the main part of town and the Pardatschgratbahn  gondola.

Around the village there are a number of attractions from the adventure swimming pool, squash courts and a number of shops (selling tack mostly). 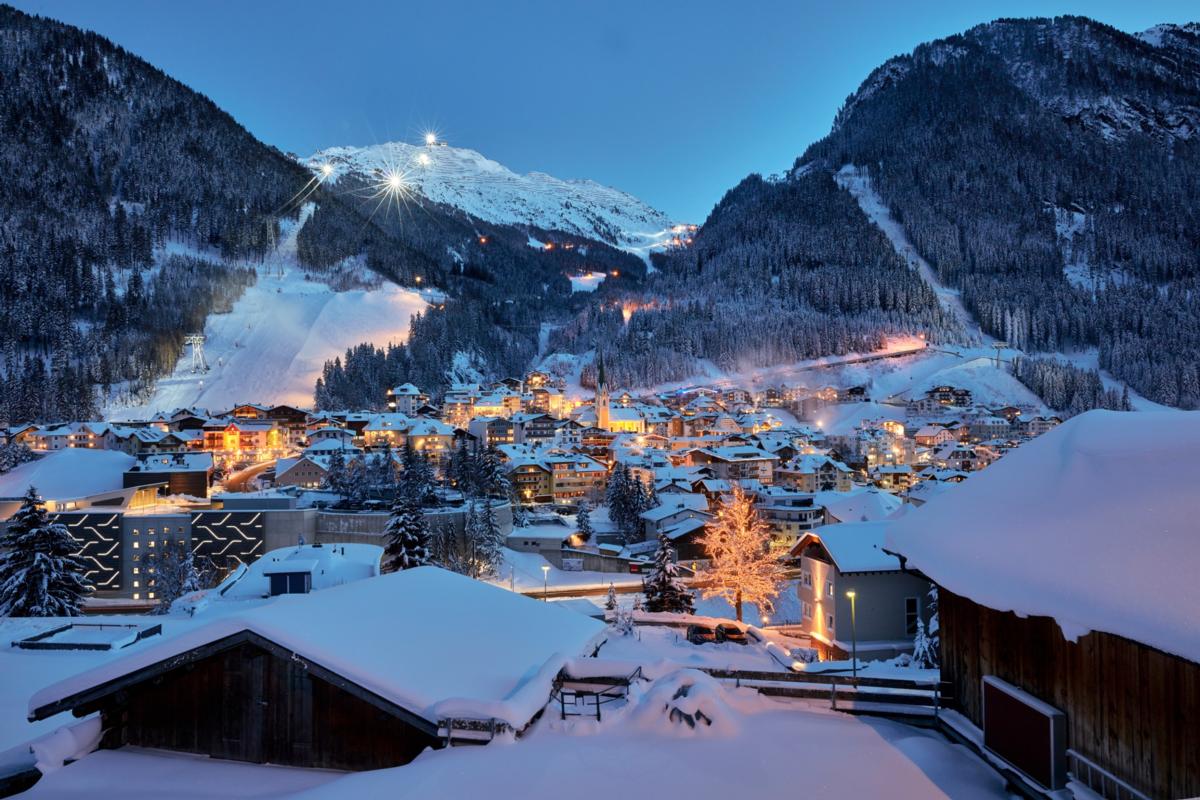 There are plenty of restaurants here, catering for most tastes and most wallets. Many of the restaurants are within hotels but open to all. Along the main street, Dorfstraße you’ll have no problems. The Salz & Pfeffer is pretty nice but not spectacular, serving mainly Italian at a reasonable cost. The Allegra (www.yscla.at ) on Dorfstraße near Silvretta Platz is possibly the best. It serves some great steaks and salads, the bar staff are friendly and it’s where the seasonaires go to celebrate.

For one of the finest places to eat in the Alps, checkout the Paznaunerstube restaurant which is located in the 5* Trofana-royal hotel, it's won every award possible and it's taster menu is stunning way to spend an evening. 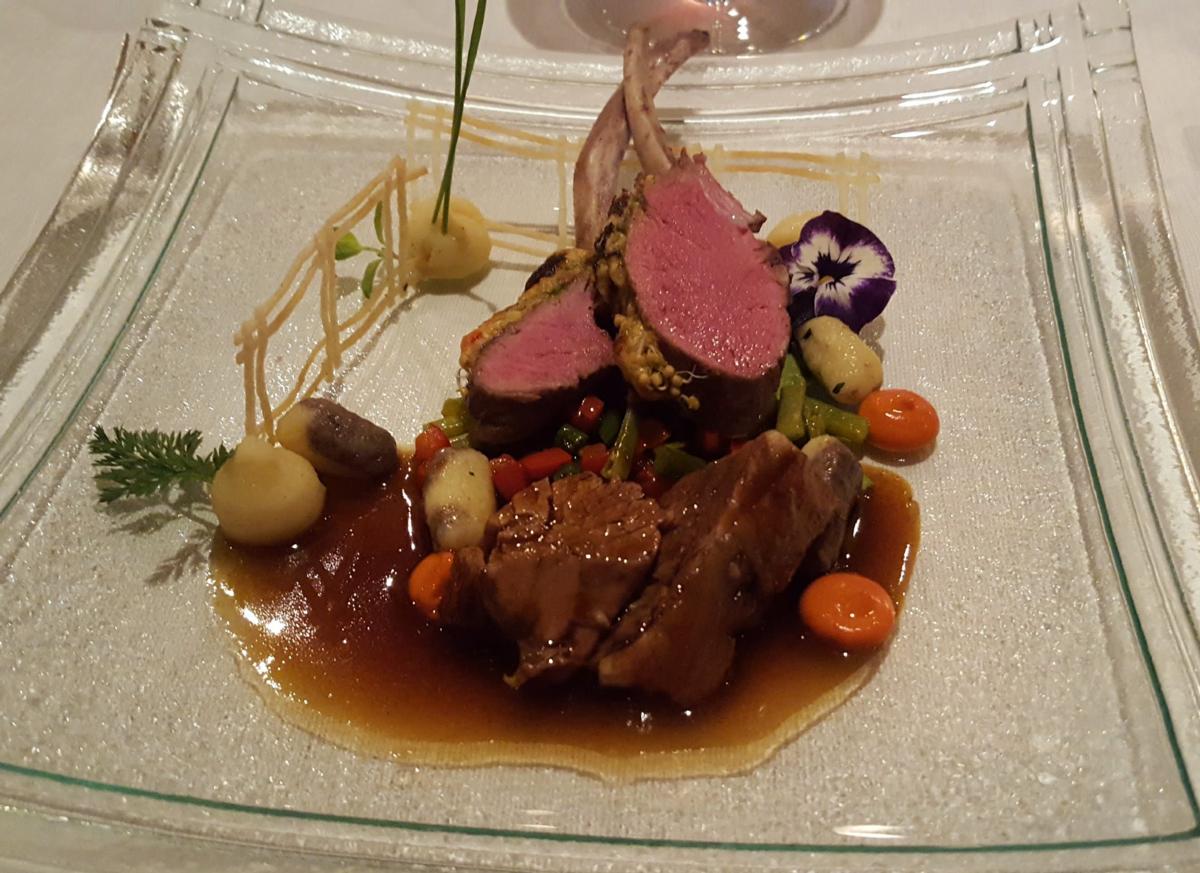 If you missed breakfast and need a good fill, then ignore the offerings in the bakeries and head to Hotel Post. Breakfast costs 8euros but it’s a eat till you explode buffet, but the waiters will watch you like hawks to make sure you’re not filling your pockets with smoked salmon.

Self caterers will find a few supermarkets around, but there are a lack of fast food places. There is a burger king that is open until 3am everyday on Fußgängerzone, and the Kuhstall does a mean kebab at 2am.

Accommodation is of a very high standard but with high rates to match. There are plenty of typical Austrian hotels, pensions and apartment suite with self-catering but not much if you’re on a budget so book early. You’ll find the cheapest places a few km outside the village in Versahlweg.  The tourist information aren’t majorly helpful in trying to help you if you just turn up but will provide you with a list of available places that you can call. If you’re staying in Ischgl then every place will be within 10 minutes of the lifts.

If you like your night life served up Austrian après style, then you will love this place. There are no bars of any merit on the slopes luckily, but at the bottom it’s a different story. At the bottom of run 1a just next to the Pardatschgratbahn  is the Schatzi Bar in Hotel Elizabeth (www.ischglelisabeth.com). There’s an outside bar but inside is where you’ll find some of the dancing girls from Pacha doing an early shift on top of the bars. From the sublime to the ridiculous head next to the Nikis Stadl (www.nikis-stadl.at ) which is just over the bridge down the road. Get there for his show to really appreciate the nonsense; there are no words that can really do it justice.

Right at the bottom of the other run down to the village are a number of more traditional Alm (wooden) bars. The Trofana Alm is huge and rammed and always goes off until it closes at 7pm. On the Silvretta Platz are yet more après bars, the Kuhstall (www.kuhstall.at ) is the largest and liveliest and never really stops going until it closes at 2am. The music is much better than the usual après stuff. It’s probably law that every Austrian ski resort must have a bar called Fire & Ice and fair enough there’s one here. 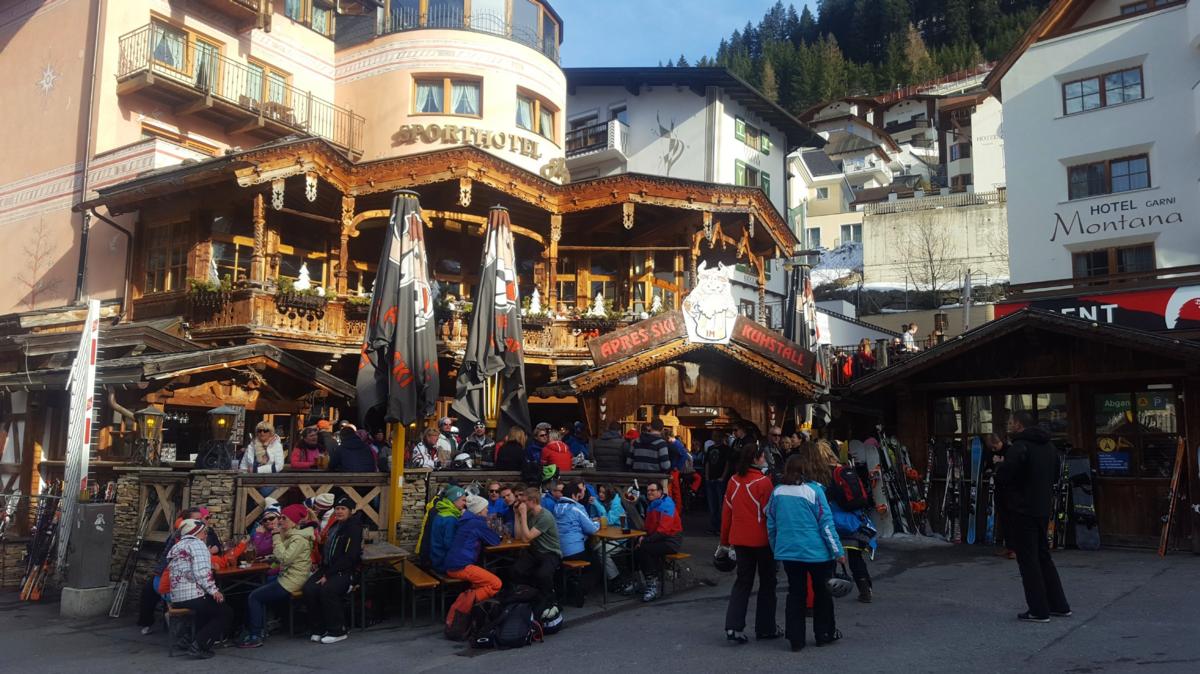 As the night moves away from Apres Ski, a number of clubs emerge. At one end of town, the Trofana Royal hosts the huge showarena nightclub which is open until 4am, midway in town is the smaller and always rammed Posthörndl, and at the other end of town underneath the hotel Madlein is a Pacha nightclub, although its a pale imitation of the famous Ibiza equivalent, and full of Russian gangsters. There are a few strip clubs to cater for the male heavy party goers.