This week 53 riders from 18 nations have been having it extra large on Tiefenbach Gletscher in Sölden, Austria to compete in the Audi 9s competition.

This week 53 riders from 18 nations have been having it extra large on Tiefenbach Gletscher in Sölden, Austria to compete in the Audi 9s competition.


Some of the greatest riders from Italy, Czech Republic, Russia, Slovenia, Great Britain, Slovakia and even New Zealand have brought their best moves. The course was painstakingly created by Piste Bashers moving 200,000 cubic metres of the best Tyrolean snow over 5 weeks and 17 shapers manually shovelling and toothbrushing the 25 take offs over 10,000 hours. 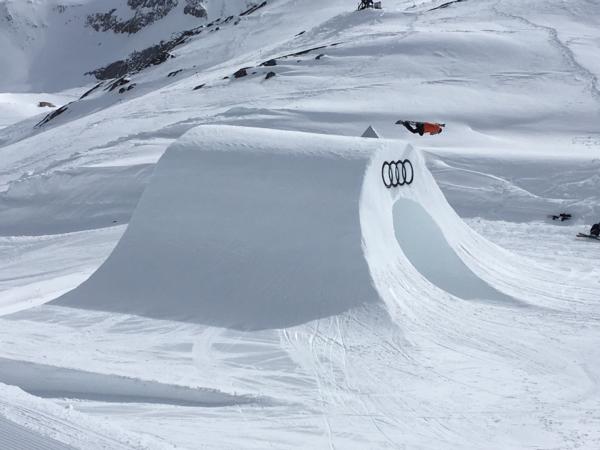 The infamous loop at the Audi Nines
Photo: James Woodward


The result was an amazing slope style array of jumps followed by some honking great kickers for the big air section and a couple of 10 metre quarter pipes to hit for fun after landing big airs. This is the World's first ever integration of Ski and Snowboard Cross together with Slopestyle and has been named Slope X. 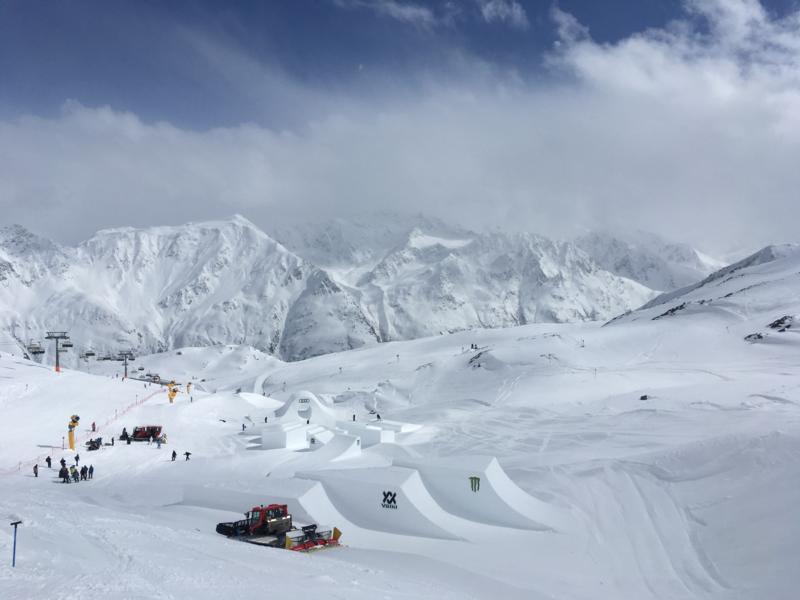 There was excellent quality all round with 20 Olympic athletes taking part, including 4 gold medalists, X Games gold winners and veterans like Terje and Gigi showing their super steaze. Younger riders James Woods from UK and Carlos Night from NZ showed amazing skills too. The ratio of ski and snowboarders was 50:50 and the course was designed and created with multiple inputs meaning for the first time men and women competed on the same course. 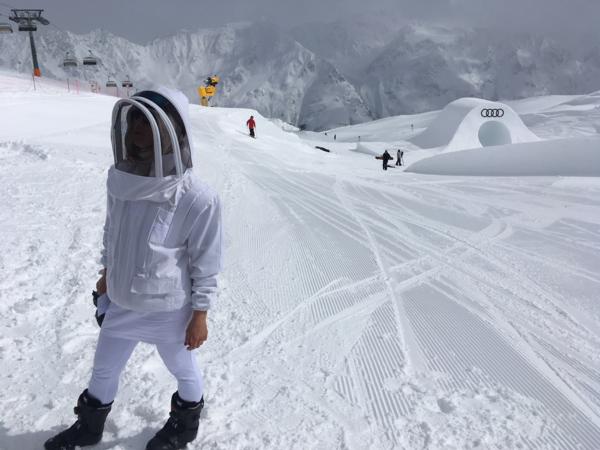 Her good friend and fellow X Game Contestant Chanelle Sladicks from San Diego said it is the “Best event she’s ever been to !” as it was such a fun event in a great location.

The whole thing event was filmed by 40 cameras and multiple drones resulting in some epic footage, particularly during the Slope X Swarm and Big Air Trains.

A new (unconfirmed) record was also made involving the first ever naked front flip too ! Apparently due to the cold, they couldn’t tell it it was a male or female contestant ! 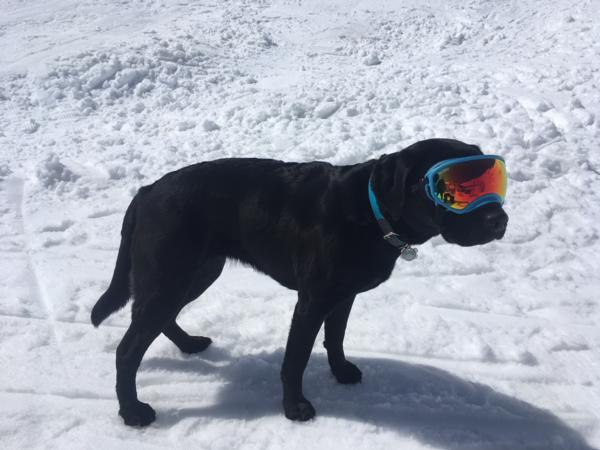 The SlopeX finals: Pullin and Leman top the podium
The Public Contest Day began with the SlopeX qualification in the morning, then the fastest riders competed in eagerly awaited finals in the afternoon. In snowboarding it was 2-time World Snowboard Cross Champion Alex Pullin (AUS) who prevailed over 2-time Olympic Champion Pierre Vaultier (FRA) and snowboard legend Terje Haakonsen (NOR). 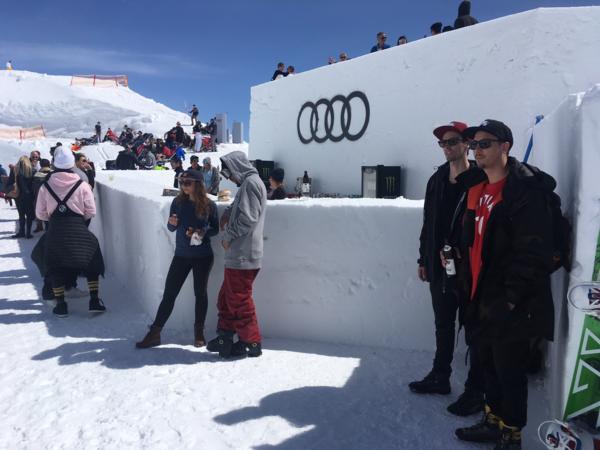 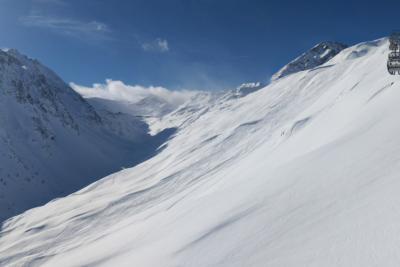 Solden is one of Austria's best all round resorts, with some great intermediate terrain, and the craziest apres ski in the alps.