A few Gullies to seek out

Excellent parks and a pipe

Good slopes but not that testing

Some lively apres bars but thats all 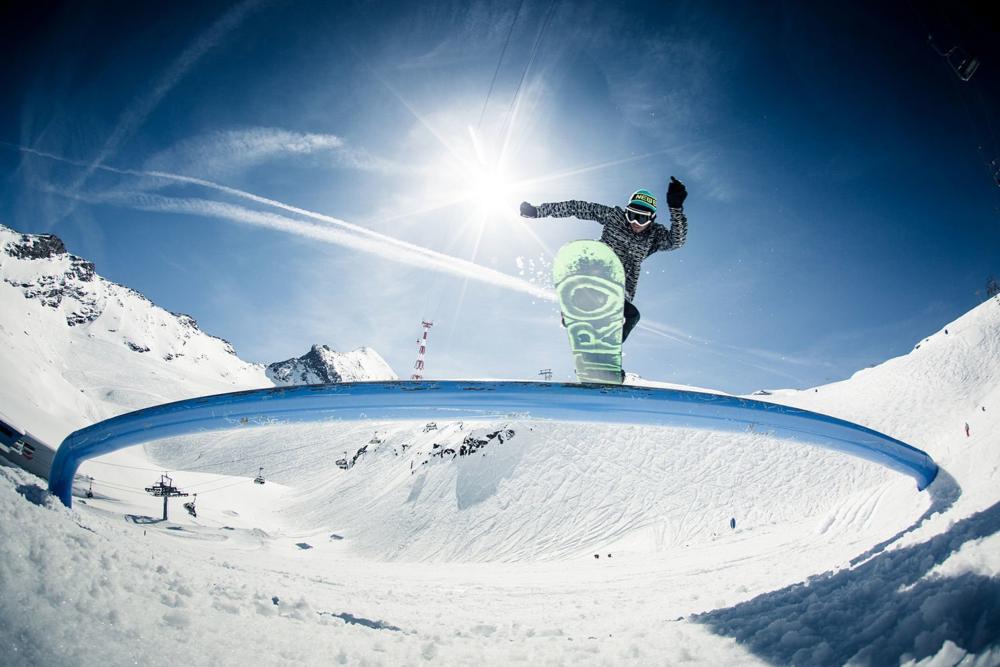 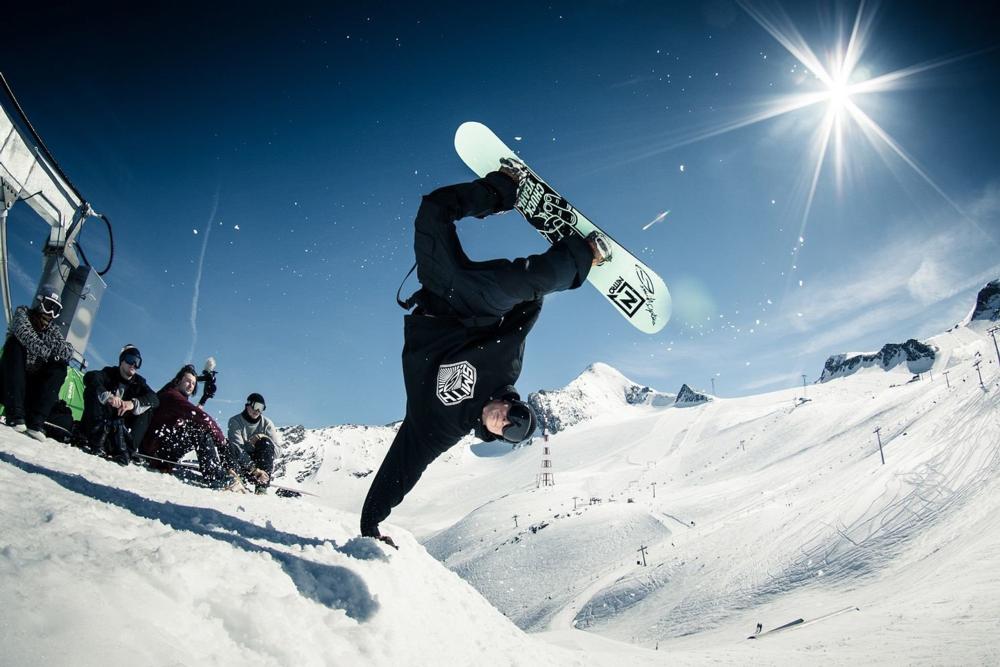 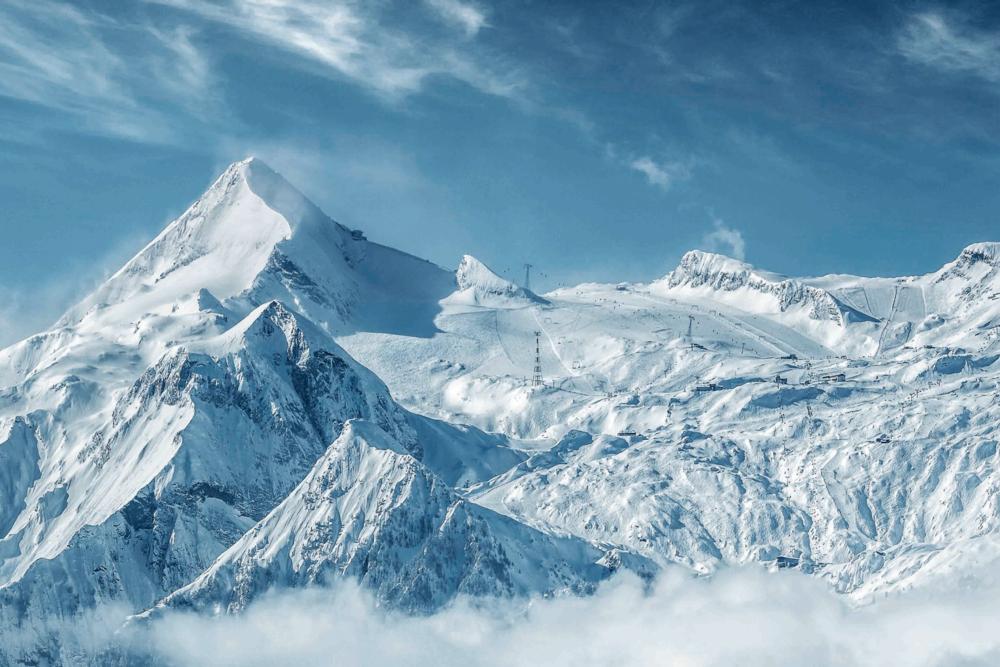 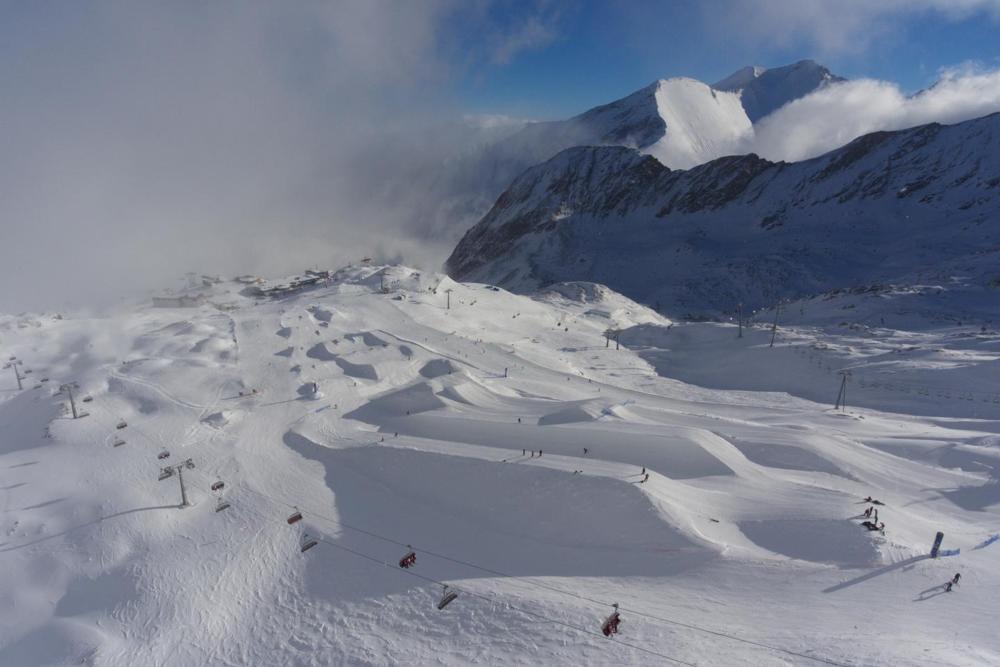 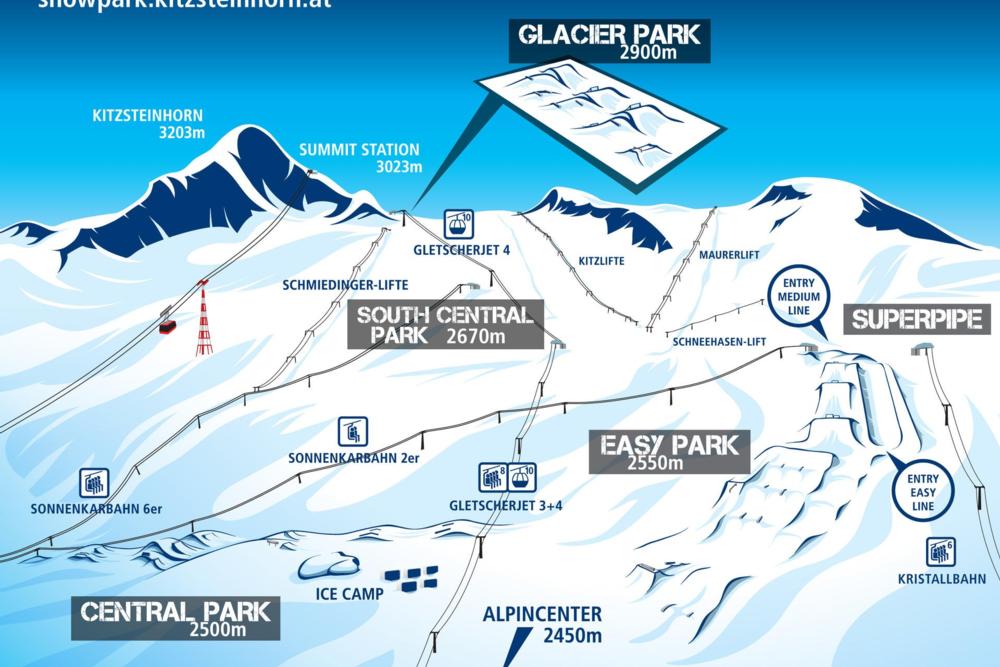 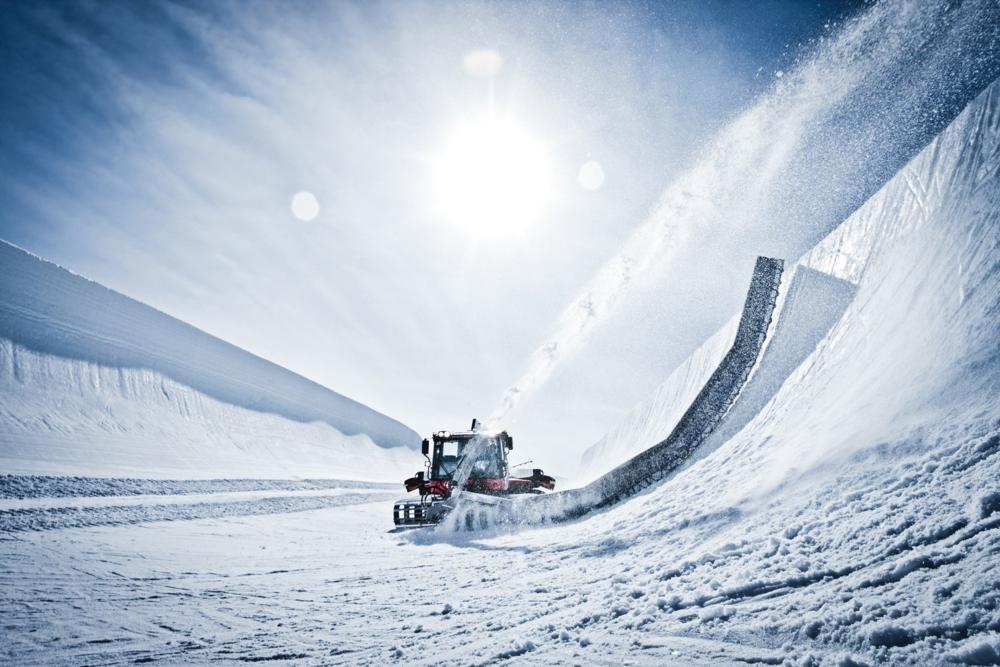 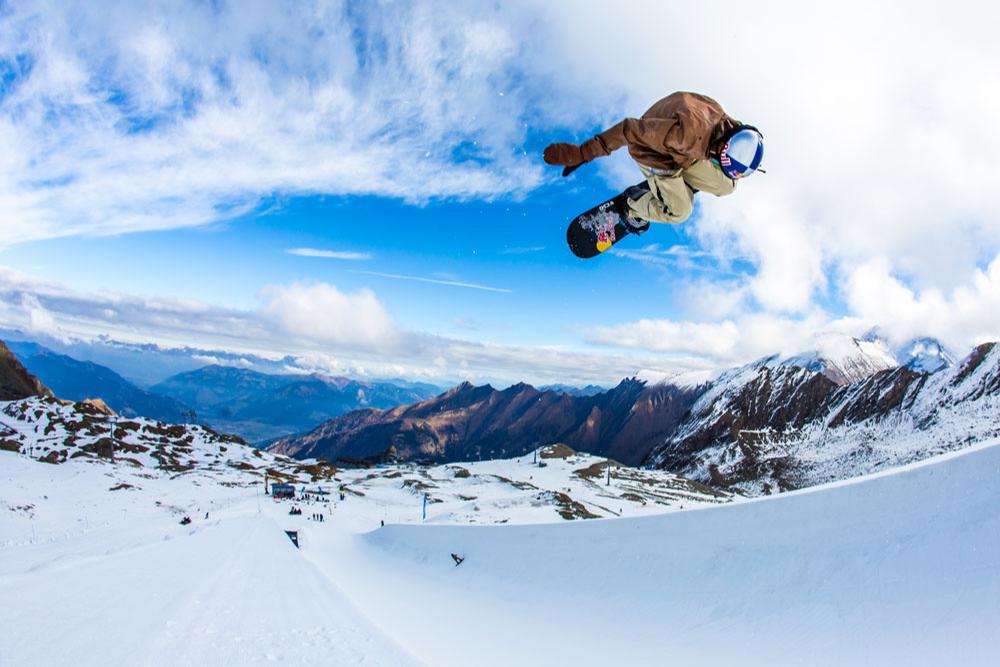 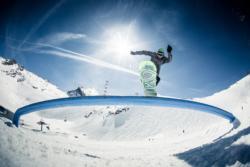 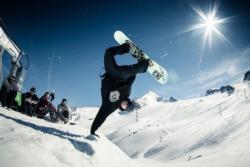 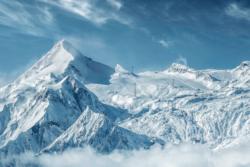 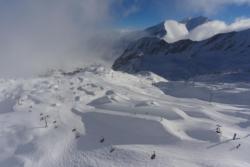 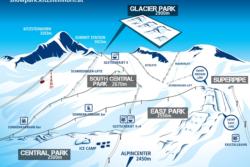 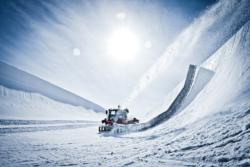 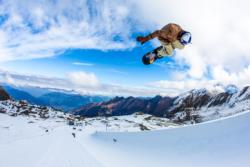 Early and late season, Kaprun cuts it big style, and being a short distance from Zell-am-see gives you great options for 9 months of the year. The ski area of Kaprun is split across 3 areas, but it's really all about Kitzsteinhorn.

The main area, Kitzsteinhorn is one of Austria's best glaciers, which reaches an altitude of 3,203 metres making it a perfect place to ride from October to July, and it's outside the main season where it really comes into it's own.

The smaller area and more alpine in style is Maiskogel which offers 20km of pistes, it's far from snow-sure at 1570m but from the 2019 season will be linked to Kitzsteinhorn, meaning you'll no longer need to take the ski bus from Kaprun to get to the glacier. The final area right in the centre of Kaprun is Lechnerberg, with 2 drag lifts it's a good place to learn to turn but nothing more.

Kitzsteinhorn probably isn't the best place to learn to snowboard, but intermediate piste lovers will enjoy it. Freeridings have some ski-routes to try, but glaciers can be dodgy places to roam, so whilst there are some good possibilities, its best to get a guide to show you around, so you don't end up at the bottom of a crevace.

The big draw here is the terrain parks. Over the past 5 years or so, huge investments and effort has gone into the park, and unlike some glaciers that only seem to get going when the main resorts are closed, the park at Kitzsteinhorn is bangin all season. 3 parks and a super pipe, there is something for everything, especially if you've got the skills. 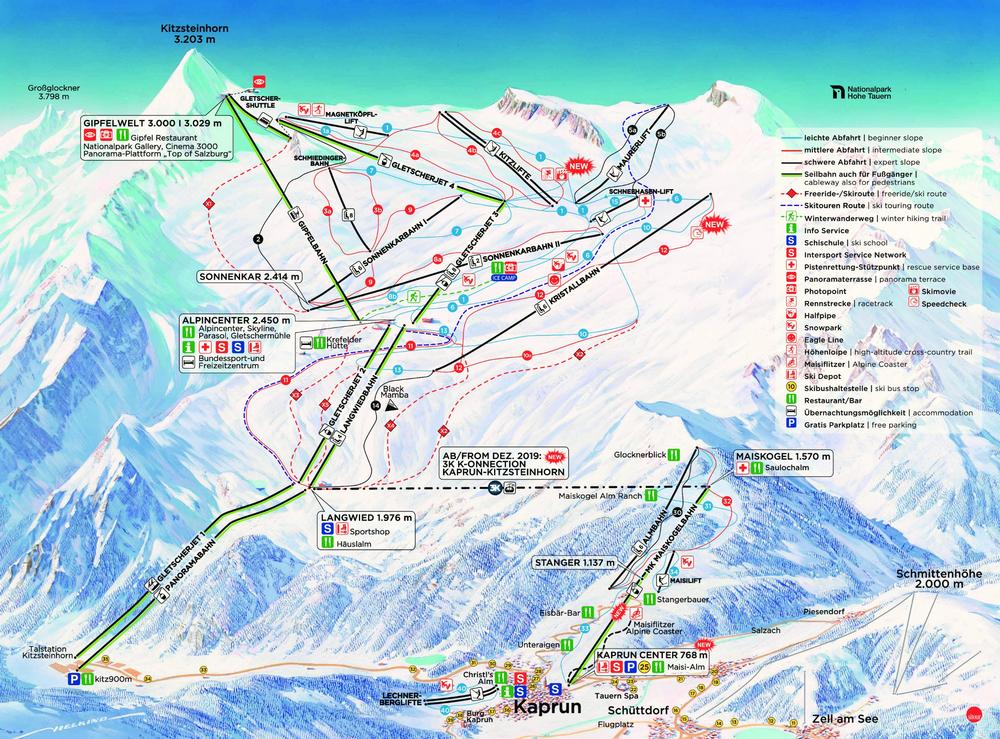 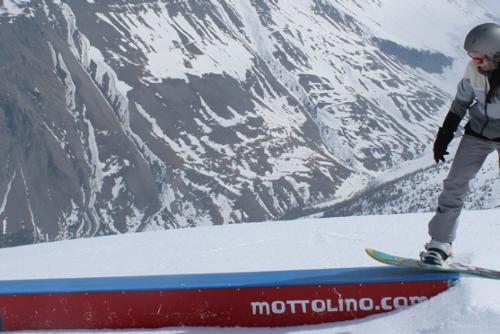 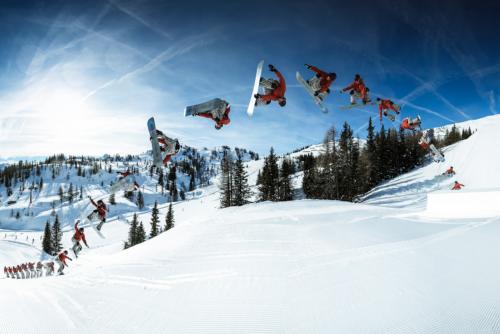 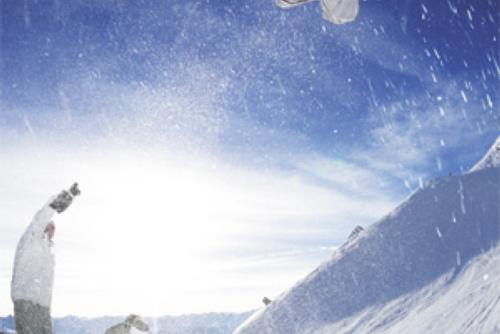 Summary
it's not a holiday resort, except if you wanna go...
Top Freestyle 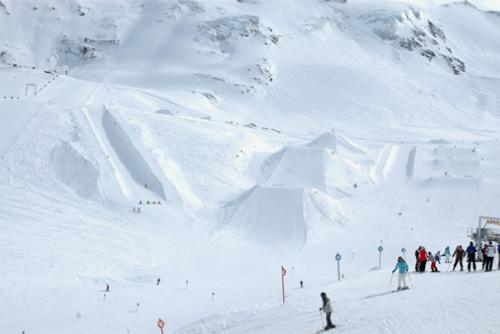 Summary
Like a big resort but with all the crap bits...
Top Freestyle

Summary
Stunningly beautiful and linked to Val Gardena and the massive...