The Portes du Soleil is one of the largest, combined ski areas in the world. Spanning both sides of the French/Swiss border, a combination of 12 resorts make up the whole. But it is any good? Is it quantity or quality? Or both?

Well if you like choice, the sheer number of kilometers of piste will be appealing. Venture to different areas each day to try new runs. Try the "circuit", which takes you on a tour of most of the resorts before the lifts close. Like any ski area, not all of the runs are good. But lots of them are, and if you want to keep it fresh you won't run out any time soon. 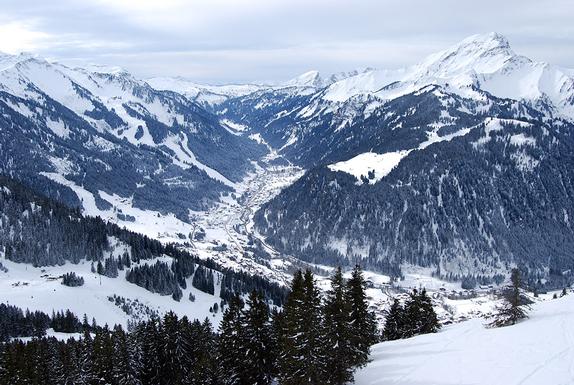 There's obviously a lot of choice when it comes to accommodation too. Busy resorts, quiet resorts. Chalets, hotels or apartments. Stay in the village, stay on the hill. Stay where it's mostly English people walking down the streets, or try something more authentic. The Portes du Soleil definitely offers choice.

So which resorts are worth considering? Avoriaz, Morzine and Chatel are probably the most popular options; they're also the bigger, busier resorts. Being larger, perhaps with the exception of Avoriaz, they tend to offer 'more'. More bars, more restaurants, more shops. More choice. And their whole-area slope access, probably with Avoriaz first, then Morzine and Chatel last is good.

So what about the other resorts, what do they offer? Frankly, some of them aren't going to be interesting to the typical snowboarder. Champoussin for example has a population biased towards skiers, it's small and quiet, it's not well connected to the whole area and the best, suitable parks are far away. Abondance is a resort at the edge that currently doesn't have lifts in operation.

But that doesn't mean they're not worth considering. Montriond, a small and very 'French' resort, which could be described as being dead, arguably has very good slope access. You need a bus where ever you go, but your close options include Les Lindarets, Morzine and Les Gets. The Swiss resort of Les Crosets offers on the slope accommodation, fast access to good terrain, but it's small.

Find the areas of the Portes du Soleil that you're interested in for snowboarding. Combine that with the type of village you'd like to be in, the kind of accommodation you like or a company you're interested in, and you'll have narrowed down the selection considerably.

This is where access and connectivity come into play. Whilst the Portes du Soleil is a combined area, that doesn't mean it's always straight forward to get from A to B. If you're staying in Les Gets, trying out Chatel's Smooth park isn't going to be easy. Keep the following in mind: the slopes of Les Gets and Morzine are almost one, with half of Les Gets being a brief walk across town. Once you're on the hill, Avoriaz, including Les Lindarets, Pre la Joux with Linga and Les Crosets/Champery are all well linked, almost like being a single entity. Chatel's main area, Super Chatel, Torgon and a half of La Chapelle d'Abondance form a unit, although it is held together by a lot of drag lifts. The remaining areas, including St Jean d'Aulps and Champoussin don't join in well.

For those who are 'into' the snowboarding scene, the Portes du Soleil fits well. Morzine and Avoriaz are both popular destinations for British seasonnaires. There's also a good selection of camps, including girls-only, and improvement-based holidays to choose from. You'll find this 'strong scene' on the hill, in the parks, in the towns and on the UK snowboarding forums.

Freestyle is a big attraction within the Portes du Soleil, with Avoriaz at the centre, consistently producing good parks for all abilities, not to mention the Stash, boasting natural freestyle "runs". Other resorts such as Les Crosets, Chatel and Les Gets also produce parks of a good and sometimes exceptional quality, at least by European standards. 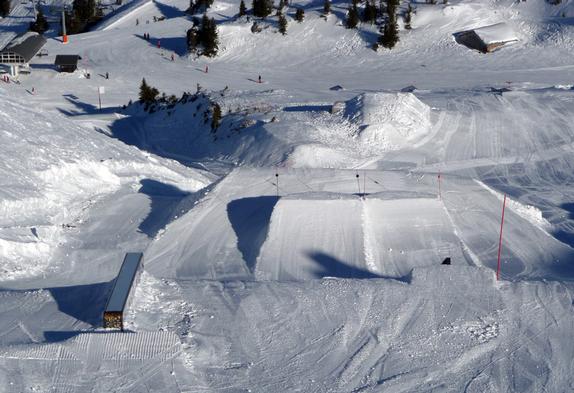 Being such a big area you'd expect there to be a lot of good freeriding opportunities. Whilst this is the case, the amount of available terrain is likely to be of more use to those who know the place well: locals, pros, seasonnaires, guides and the like. If your there on holiday it's not going to be much different from other resorts. You'll find the easy stuff, just like everyone else will. The bits that get tracked out first. There's only so much exploring you can do in a week or two. So find someone in the know, or hire a guide; that's when the scale of the area becomes beneficial, knowing the places that no one else will go to.

It can be a similar thing with the pistes too. A good run in the morning can be a mogul field in the afternoon. Some will head to the park, or jib around, but those who know the area well can head to quiet spots when the slopes get crowded or trashed. If you're looking to carve smooth lines all day, the wealth of the Portes du Soleil means that there are less travelled areas to be found. St Jean and Torgon for example are definitely less mainstream, and you can get good turns there.

All in all the Portes du Soleil offers a lot. It's very easy to get to for the UK snowboarder which is always a good start. With all that choice you really can find something for any realistic budget. And it's got something for everyone too - perhaps with freestyle being it's strongest suit.

Resorts in the area

Charming little village and they are set to re-open the lifts for the 2009/10 season!

Good resort with excellent freeriding and carving areas. The main problem with Avoriaz are the crowds and long lift queues.

Fast and easy access to the Portes du Soleil

Quiet village with some pretty decent terrain, but a bit too far from the main action in the area

Good for families or a piste-ticking boarder, with its quiet nightlife and connection to Portes de Soleil. Great starting point for a road trip or a day board from Geneva.

Great for beginners, intermediates and families. Linked to the huge Portes du Soliel and its 650km of pistes. However it lacks challenging terrain and is a village suited to the family not the party animal.

Small, quiet and you need a bus. But it is good access when you get there.

an atractive, family oriented resort but with little to satisfy hardcore riders 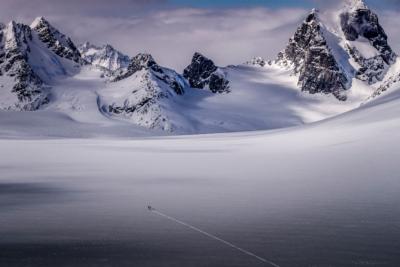 Quiet and uncrowded slopes with a quaint french village, but there's nothing here for any adventurous snowboarder