Some good tree runs and off-piste

Plenty of apres-ski but not much apart from that 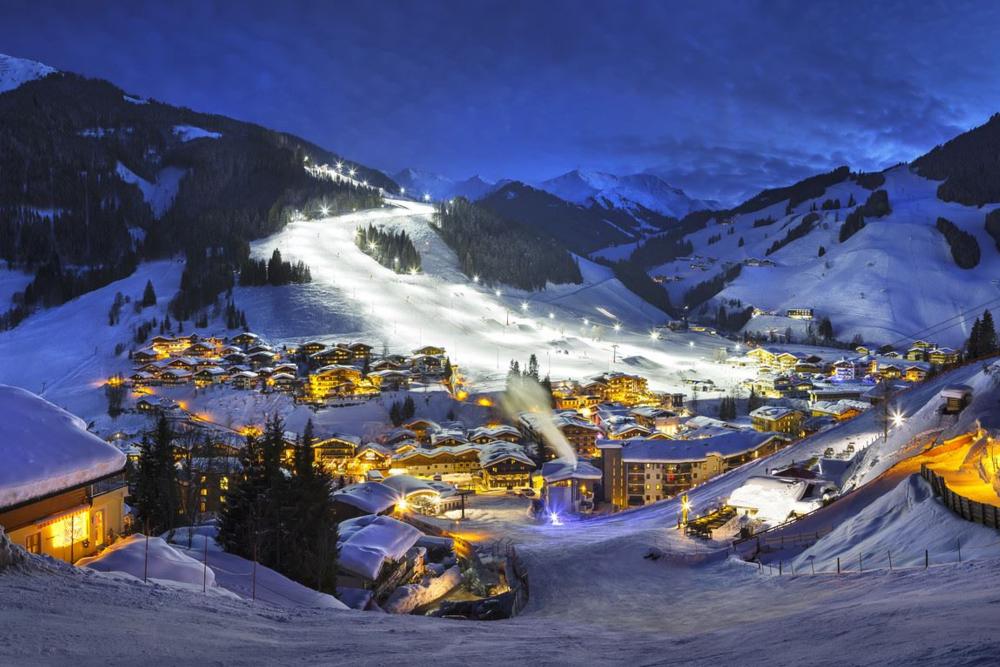 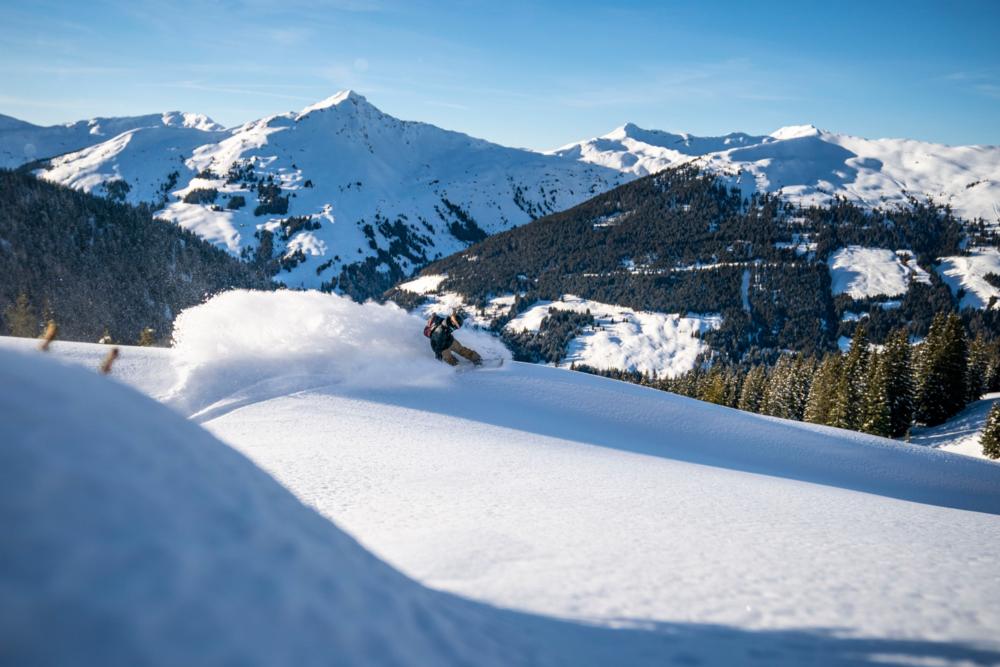 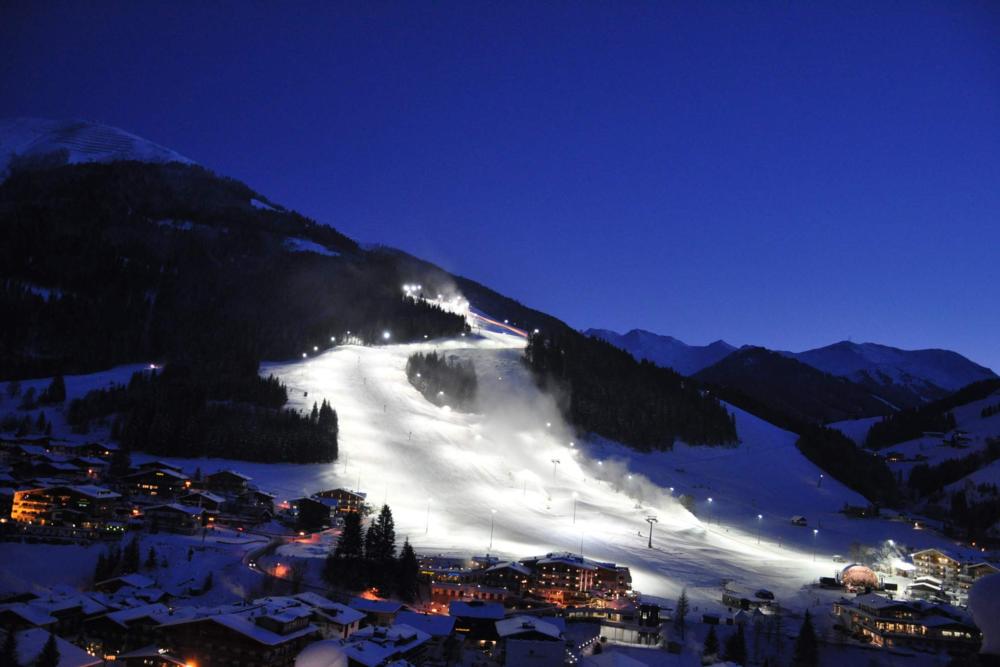 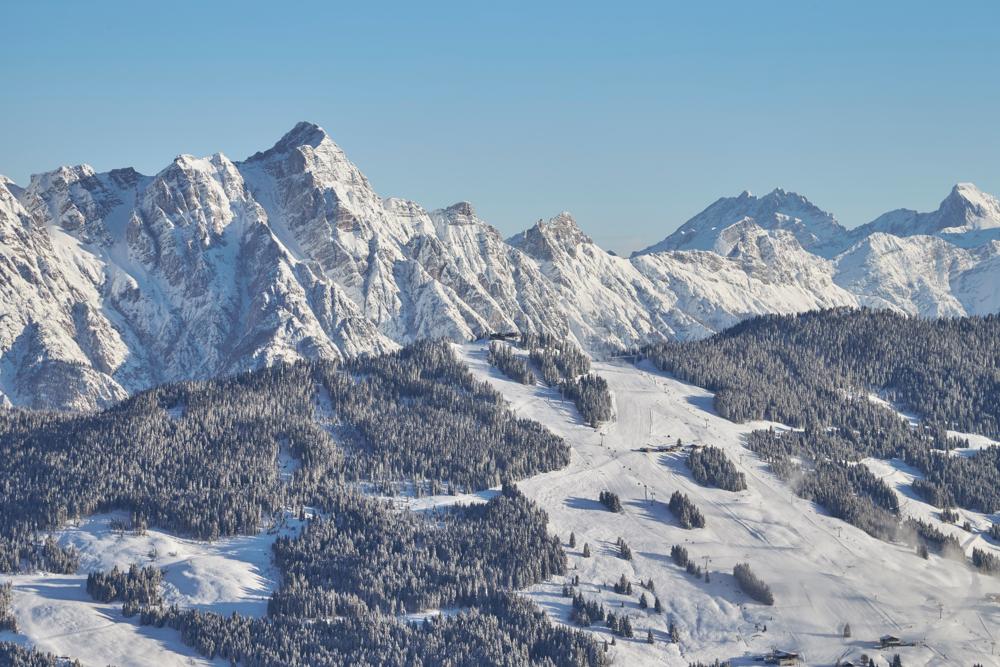 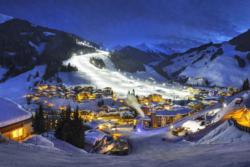 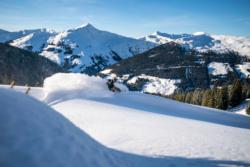 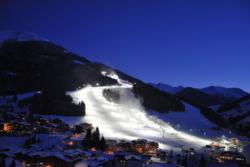 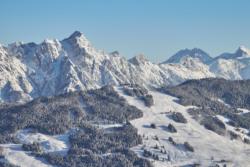 Saalbach and Hinterglemm are two villages at the end of the Glemm Valley, and combined with Leogang create the Saalbach ski circus giving you access to 120miles of pistes. The cul-de-sac layout means no matter where you start you can loop in either direction back to the start.

The area is perfect for beginners to good intermediates with mile upon mile of well groomed and wide pistes. The pistes are very spread out giving you a huge area to roam on and off the pistes, picking out powder staches to throw spray turns in. You can literally pick lines from the lifts, pushing yourself as far as you want to, great for wannabe freeriders.

Advanced riders may find things a little tame with only a few black runs. The run under the Schattberg x-press in Saalbach is long and steep, but the other under the Zwölfer-Nordbahn in Hinterglem can be a windswept icy mogul nightmare. The black/red from the top of the Zwölferkogel is good for opening things up and speeding down and plenty wide enough to find a clear path.

The last few seasons have seen huge investments in the lift system and a series of new gondolas have replaced many of the rickety old chairs, so oyou'll experience very few bottlenecks. T-bars tend to service a lot of the short beginner runs and the park in Hinterglemm, avoid that area and you can get to most other parts via chairs. The Bergeralm lift provides a shortcut to Leogang from Saalbach but and luckily this ball breaking t-bar that was up to 52° in places has been replaced with a nice 6-seater.

Austrian pro-rider Mario Fuchs is in charge of the terrain parks here, and as with the lift system, the parks have come a long way recently. The park in Leogang is loaded with a huge array of rails of every description and a separate kicker run, but its the Hinterglemm park that has really improved. There's now 3 or separate kicker lines each one featuring 3 or 4 large booters, beginners are not well catered for anymore in these parks so they've just built a few small jumps and boxes next to the Hinterhagalm t-bar in Saalbach.

The resorts lie at quite a low elevation and rise to a modest 2020m, but due to its position in the valley it gets plenty of snow, with regular snow throughout the season. 90% of the runs now have snowmaking facilities to cover any shortfall. There is a regular ski-bus service between the two villages and a taxi will cost around 10¬. Do give yourself plenty of time to get back from Leogang, if you miss the last lift you'll be looking at a 150euro taxi back. For a change of scenery Zell am See is only 30 minutes away by bus (from the bottom of the Schattberg lift), and the high altitude resort of Kaprun about 45 minutes.

Nightlife can and does get pretty messy in the various apres-ski bars dotted around the mountain, and there's a few clubs in both Saalbach and Hinterglemm that are open till the early hours. 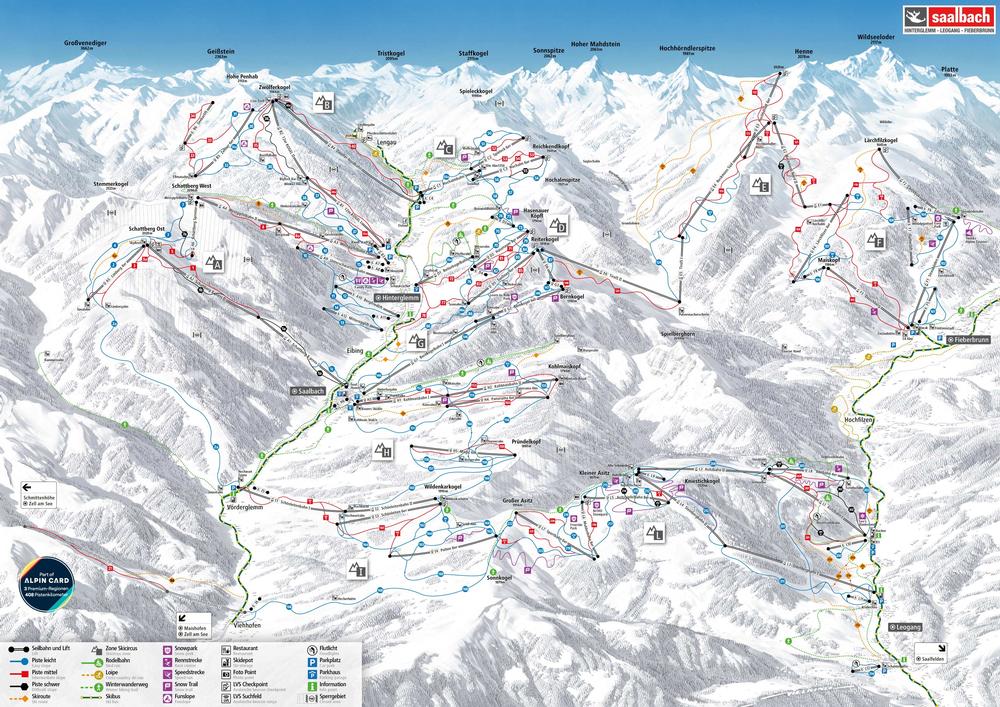