Don't be fooled by the super sedate village, this is the major freeriding destination in the Jungfrau

Some excellent areas to discover

The park is a joke

Okay but not extensive

Shame about the lift run offs

Not too bad for Switzerland 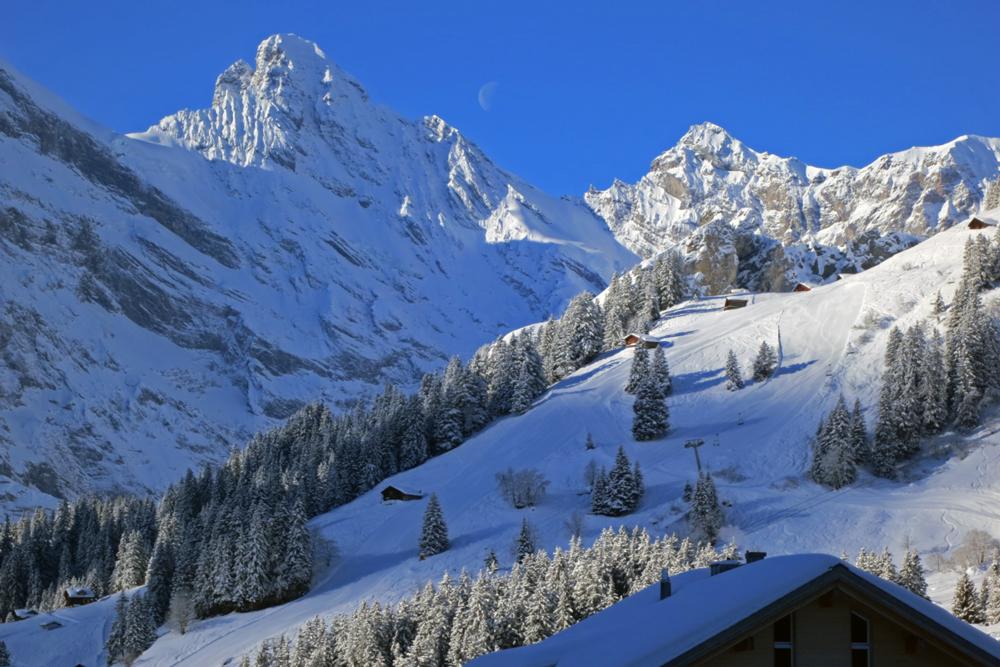 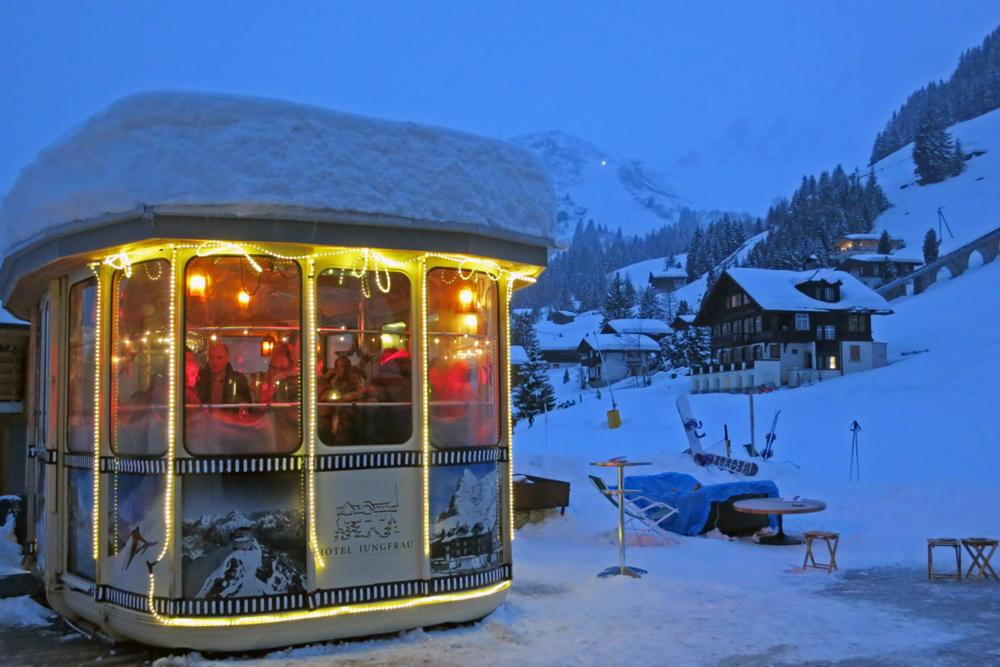 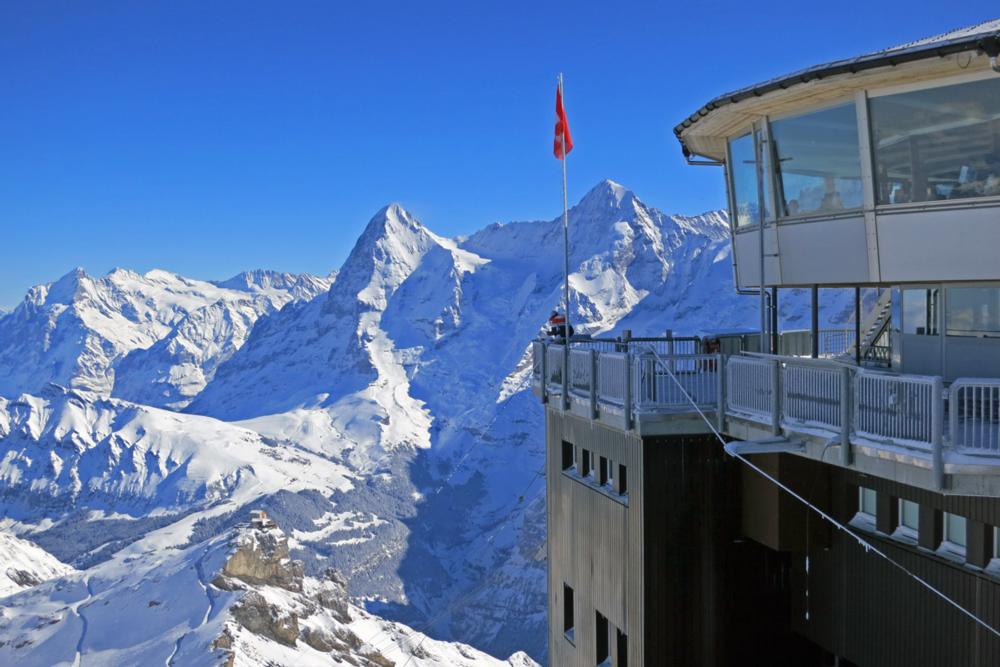 Mürren from the top of the Schiltorn towards Jungfrau / Photo: Steve, WSG 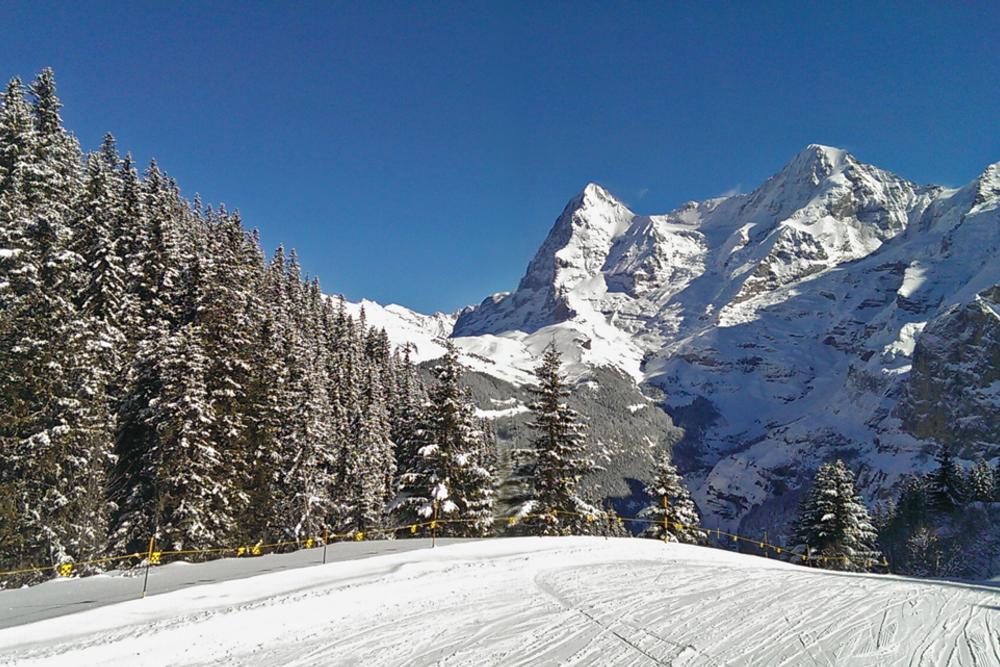 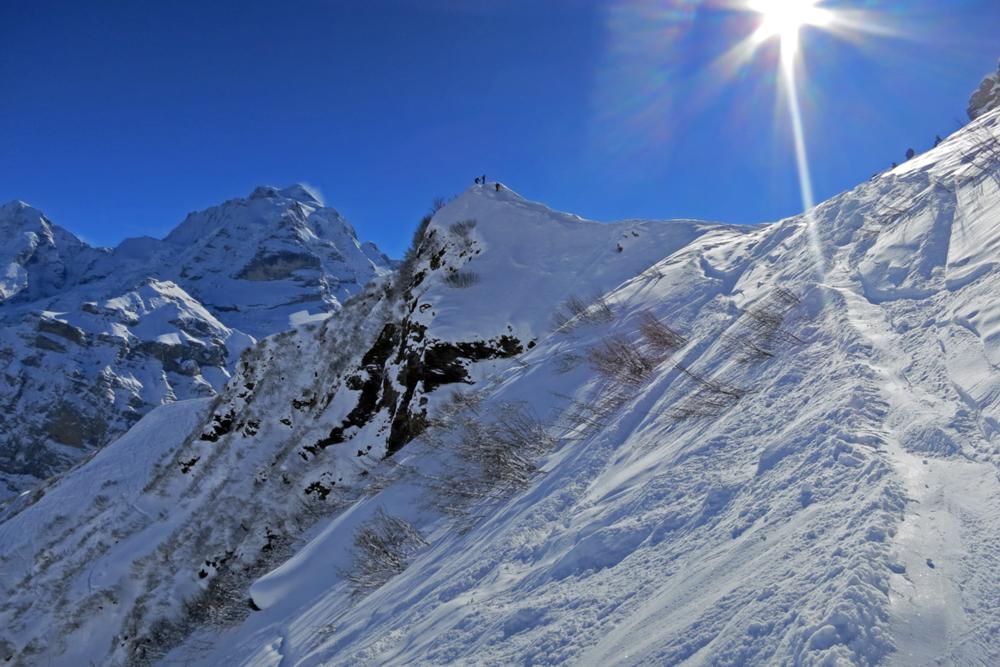 Mürren hike from the Schiltgrat to the Blumental bowl / Photo: Steve, WSG 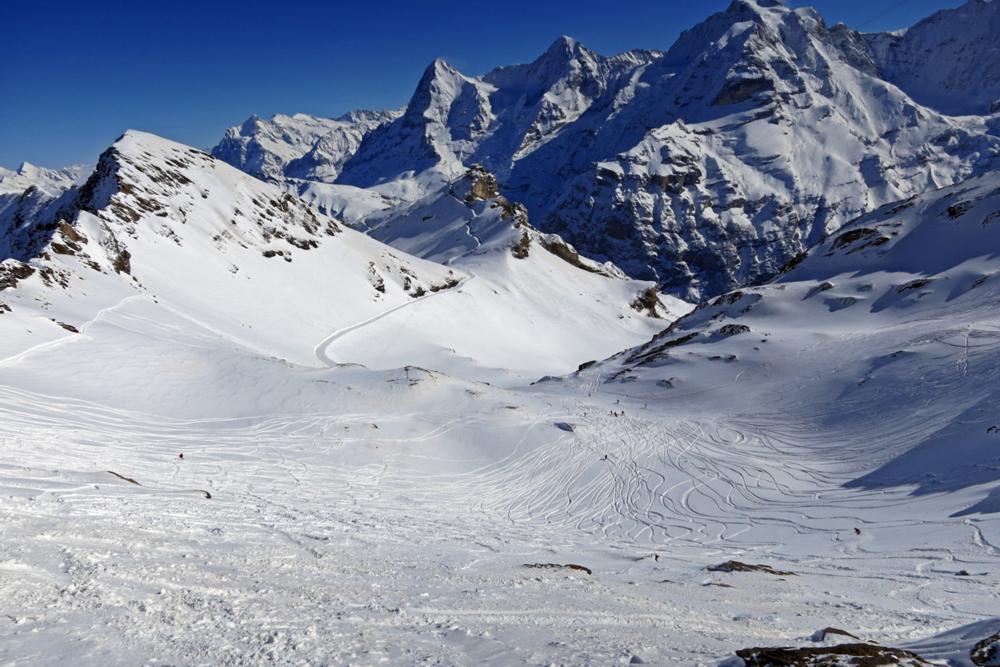 Mürren freeriding from the top of the Schiltorn / Photo: Steve, WSG 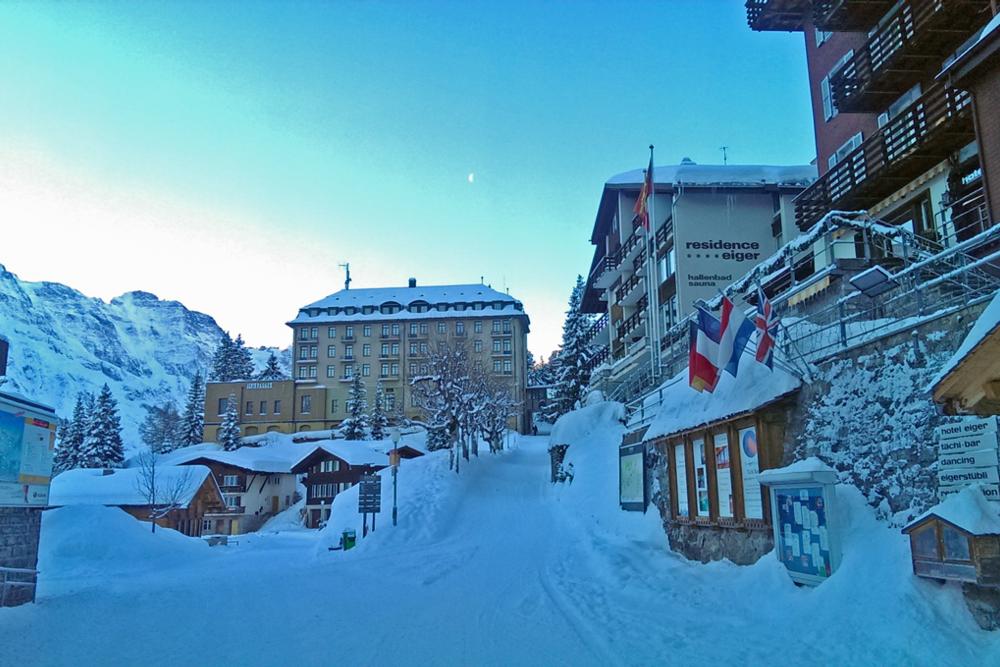 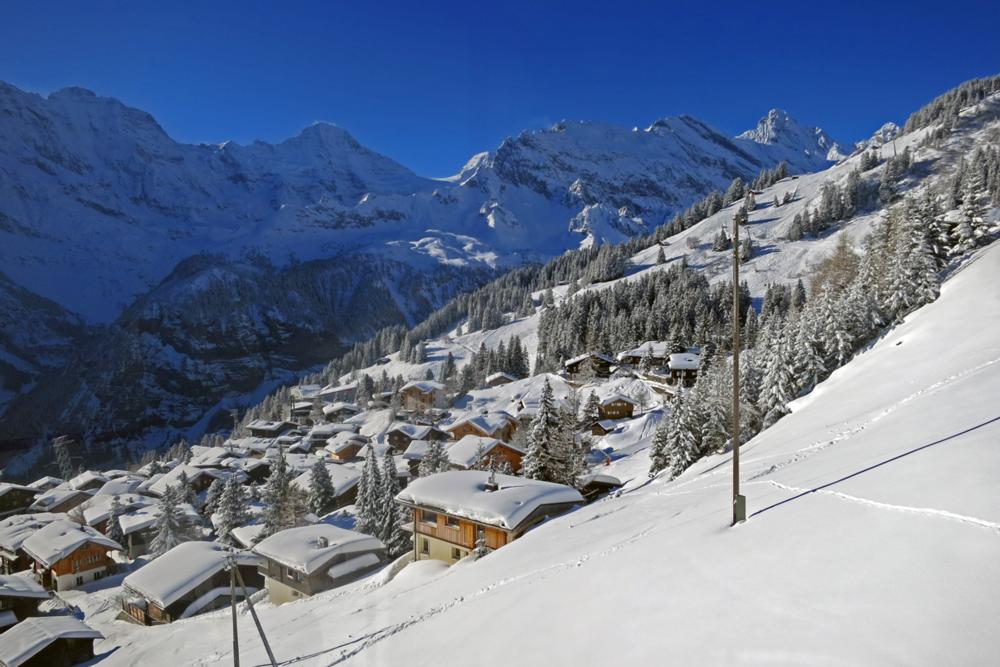 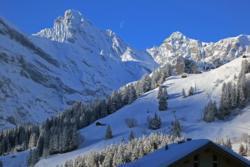 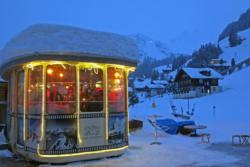 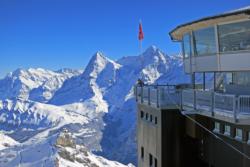 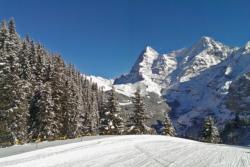 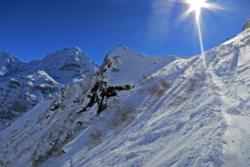 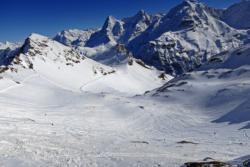 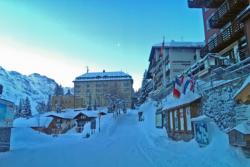 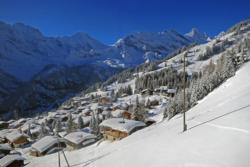 It's always the quiet ones that you need to watch out for, and in the Jungfrau family its Mürren that belies it's ghost town nightlife, and has some of the most extreme terrain not just in the region, but Switzerland itself.
Mürren is located in a dramatic landscape, perched on the top of a sheer 700m cliff that overlooks the village of Lauterbrunnen. Any self respecting base-jumper has this place at the top of their list, and so far it's claimed the lives of over 30 people trying to tame it.

The village is car-free, so you'll need to take one of the two cable-cars that access each end of it. At the end of the day, as the crowds head off, the village has a yawn and quickly settles down for the night. This is one place to avoid if you want to spend the night drinking; instead you'll be hitting the pillow early, and trying to make first lifts to maximise the time you have exploring this incredible terrain.

Any James Bond fans will immediately recognise Blofeld's hideout from On Her Majesty's Secret Service, at top of the Schilthorn peak, at 2970m the highest point of the resort. Grab a photo next to George Lazenby, and then follow in Bonds footsteps and take the off-piste route back down.

Whilst the pisted terrain here won't be enough to satisfy you for a week, combined with the other areas in the Jungfrau, there's plenty of stuff here to keep you occupied for a whole season nevermind a week. It is a bit of a pain to get to Wengen, and even further to get to Grindelwald, so although its all linked via funnicular's and cable-cars, you'll be spending a good hour getting between villages, but you certainly won't mind looking out of the window at the amazing terrain. 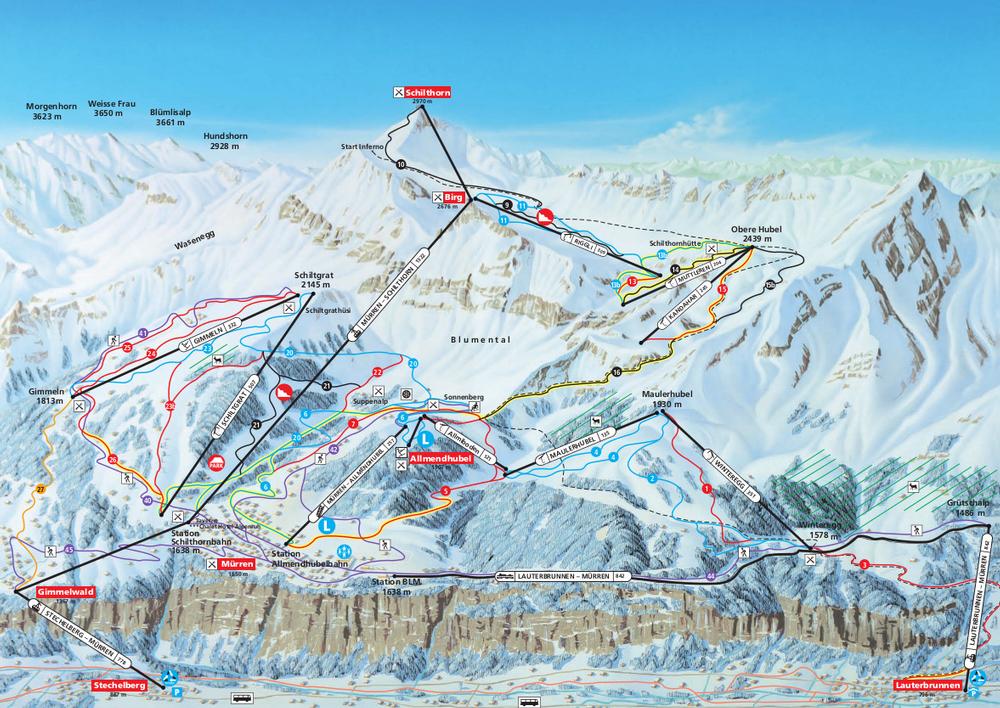 Summary
Not as well known as Verbier, don't tell anyone but...
Top Freeride

Summary
A big snowboarders resort offering something for everyone. Great carving,...